No. 14 Utah looks to bounce back on road at Colorado 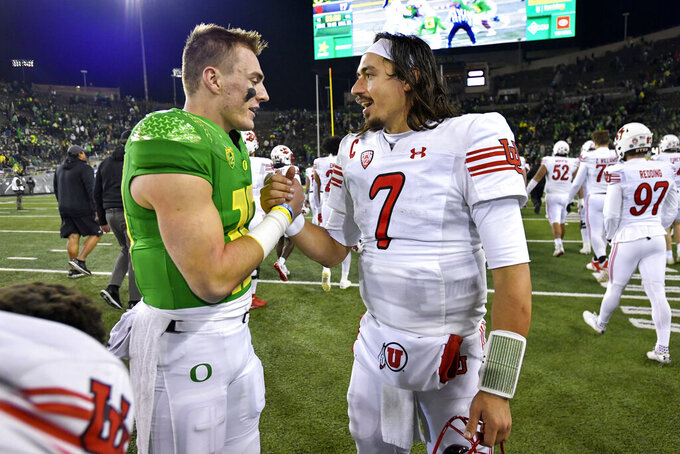 For Utah, a berth in the Pac-12 title game still remains in play. But it requires plenty of help. The Utes need to win and have No. 12 Washington beat Washington State, No. 22 Oregon State knock off No. 10 Oregon and No. 17 UCLA beat Cal. That scenario would create a three-way tie between the Utes, Ducks and Huskies. Utah’s conference opponents would have the highest combined winning percentage in conference games and give them the final spot. For Colorado, it’s more than likely the last game with interim coach Mike Sanford in charge. The Buffaloes have gone 1-5 since Sanford took over for Karl Dorrell. The Utes have won five straight against Colorado.

Utah quarterback Cameron Rising will be looking to get back on track after throwing three interceptions in a 20-17 loss at Oregon. Earlier this season, Rising threw for a career-best 415 yards in a win over USC. The Buffaloes defense features inside linebacker Josh Chandler-Semedo, who recorded his first interception for Colorado last weekend in a 54-7 loss at No. 12 Washington. He had three picks while at West Virginia.

Utah ranks in the top-15 in the nation in third-down conversions (51%). ... Colorado hasn’t beaten Utah since a 27-22 home win on Nov. 26, 2016. ... Colorado is playing its fourth straight ranked team. The Buffaloes also played four ranked squads in a row during the regular season in 1973. That year, they went against No. 3 Oklahoma, No. 8 Missouri, No. 13 Nebraska and No. 18 Kansas, beating only the Tigers. ... The Buffaloes are 2-9 in regular season finales since joining the conference.