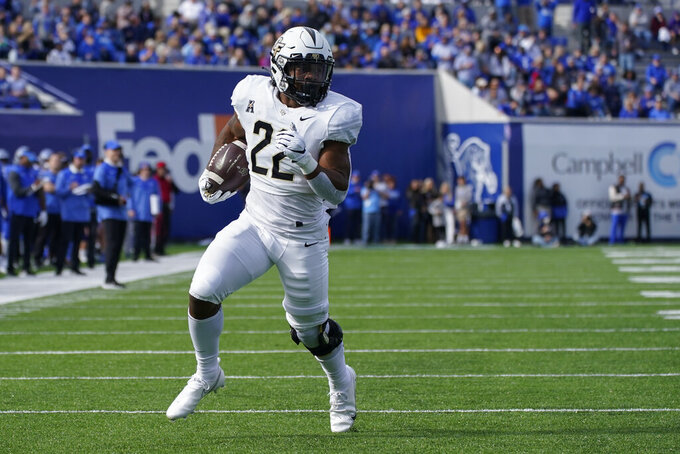 Central Florida running back RJ Harvey carries the ball for a touchdown against Memphis in the first half of an NCAA college football game Saturday, Nov. 5, 2022, in Memphis, Tenn. (AP Photo/Mark Humphrey2

Both teams are trying to remain in the national rankings and in contention for the American Athletic Conference championship. The winner takes over first place in the conference as the regular season nears its end.

UCF: RB RJ Harvey is averaging 7.4 yards per carry this season. He's part of a three-pronged rushing attack that also includes QB John Rhys Plumlee and RB Isaiah Bowser, who combined have gained more than 1,500 yards on the ground.

Tulane: RB Tyjae Spears has averaged nearly 6 yards per carry and has scored 10 touchdowns, including one that spanned 75 yards. He also has 15 receptions for 205 yards and a score.