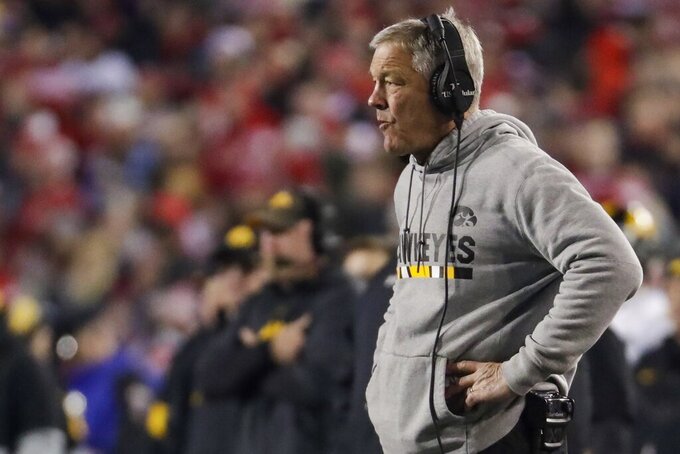 Iowa has won 10 of its last 11 over Illinois dating to 2000. But the Fighting Illini have taken four straight games and are looking for their first three-game road winning streak in Big Ten play since 2001.

Iowa QB Nate Stanley vs. Illinois’ opportunistic defense. The Illini have forced at least two turnovers in all seven of its Big Ten games. Stanley has thrown just five interceptions in 2019, and it will be imperative for him to protect the ball for the Hawkeyes.

Iowa: RB Tyler Goodson. The true freshman had 94 yards on just 13 carries in his first career start a week ago. But Illinois leads the nation with 17 forced fumbles.

Illinois: WR Josh Imatorbhebhe: He’s averaging 20.6 yards per catch, good for 13th nationally, with nine touchdowns. If the Illini can spring Imatorbhebhe for a few long receptions to pair with some turnovers, an upset might just be in the offing.