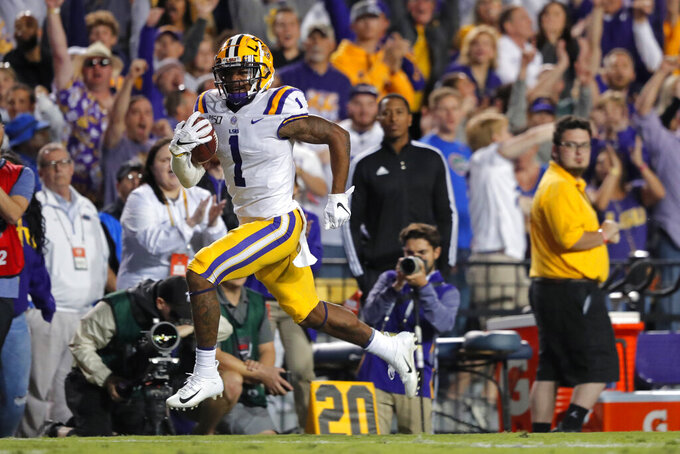 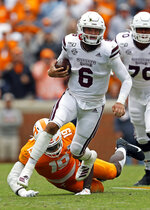 LSU is seeking to remain unbeaten and earn its first 6-0 start since 2015. Mississippi State is trying to snap a two-game skid and avoid falling below .500.

LSU: CB Derek Stingley Jr.: Although quarterback Joe Burrow and the high-powered LSU offense justifiably have garnered much of the attention during the Tigers' fast start, Stingley is having a huge year. The freshman has intercepted a pass in three straight games and ranks third among all Football Bowl Subdivision players in passes defended.

Mississippi State: QB Garrett Shrader. After backing up Penn State graduate transfer Tommy Stevens for most of the season, Shrader is expected to start Saturday. Shrader, a freshman dual-threat quarterback, already has played quite a bit and has run for 374 yards while averaging 6.3 yards per carry. His only previous start came in a victory over Kentucky when Stevens was injured.

LSU leads the nation in scoring and ranks second in total offense , and third-down conversion percentage. ... Burrow leads the nation in passing efficiency and completion percentage. ... The last time these two teams faced each other at Mississippi State, the Bulldogs won 37-7 in 2017 for their most lopsided victory in the series. ... Mississippi State has won two of the last four times it has hosted a top-five opponent. ... Mississippi State has forced a turnover in 22 straight games, the longest active streak of any FBS team. ... LSU has the SEC's two leading receivers in Ja'Marr Chase and Justin Jefferson