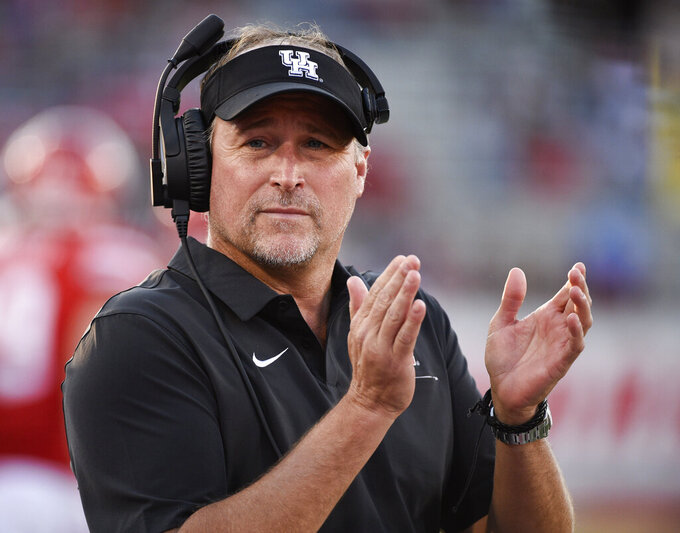 It's an Air Raid reunion as Mike Leach takes No. 20 Washington State on the road for the first time this season to face Dana Holgorsen and Houston. Holgorsen played for Leach way back at Iowa Wesleyan and was an assistant for Leach at Valdosta State and Texas Tech. Washington State quarterback Anthony Gordon has looked fantastic against lesser competitions, throwing for nine touchdowns and one interception through two games. Houston was overrun by Oklahoma in its opener, but bounced back with an easy win over Prairie View A&M.

Leach vs. Holgo. There are no secrets here. Leach and Holgorsen know each other so well and the systems they run that whichever one can come up with a slight wrinkle to their schemes might be able to gain a needed advantage.

Washington State: RB Max Borghi. One of the best all-purpose backs in the country, Borghi is the counterbalance to the Air Raid. Borghi rushed for 128 yards in the opener then had two rushing touchdowns last week against Northern Colorado. One area where Borghi has yet to make a big impact is the pass game. He has just five receptions through two games. Last season Borghi averaged four catches per game.

Houston: RB Kyle Porter. The junior rushed for 120 yards in last week's win over Prairie View as the Cougars jumped to a 24-0 lead and cruised. It was the first 100-yard game of Porter's career and being able to establish the run against Washington State will be important to give Houston's defense a break.