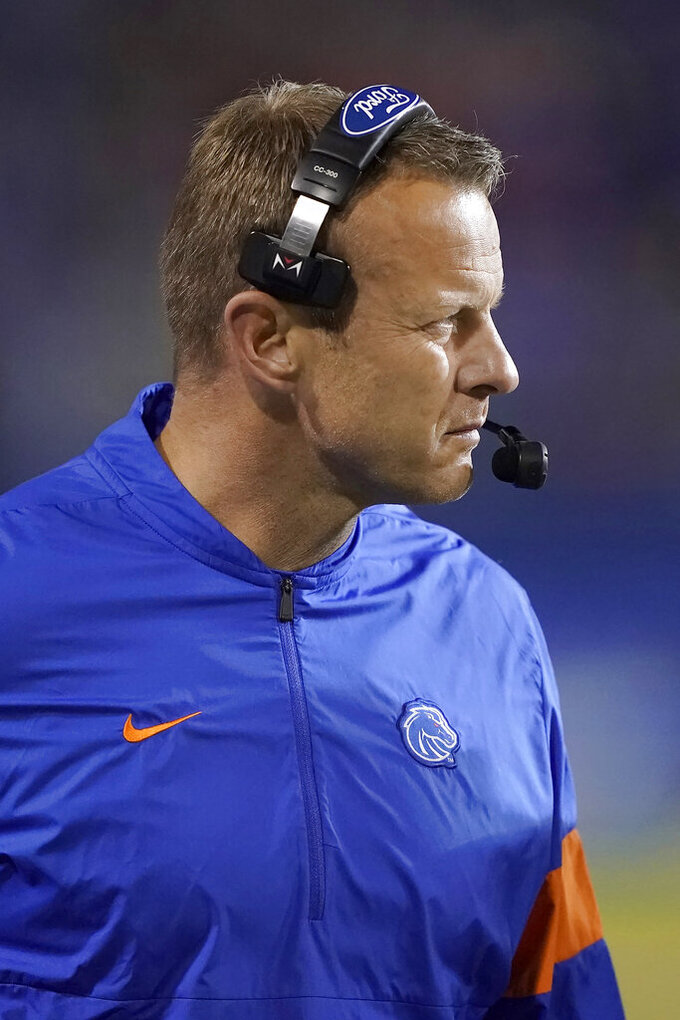 A big log jam in the Mountain West Conference Mountain Division could be created if Wyoming pulled off its first-ever win on the road against the Broncos. Boise State is the only unbeaten team in the Mountain Division, but Wyoming, Air Force and Utah State all have just one loss. The Broncos got a scare last week from San Jose State before pulling away for a 52-42 win. The Cowboys dominated Nevada in a 31-3 thumping two weeks ago and have allowed only 13 points in the past two games combined.

Wyoming's secondary vs. Boise State's pass game. Wyoming has one of the best scoring defenses in the country led by Butkus Award semifinalist linebacker Logan Wilson. The Cowboys are giving up 17.6 points per game, good for 15th nationally. But their pass defense ranks 121st nationally giving up 288 yards per game through the air. That's not a good combo for a Boise State offense that got quarterback Hank Bachmeier back from injury last week against San Jose State and as a team is averaging 291 yards per game through the air.

Wyoming: RB Xazavian Valladay recorded 280 all-purpose yards in the win over Nevada. Valladay rushed for a career-high 206 yards and added another 74 yards receiving, including a 53-yard touchdown on Wyoming's first offensive play. In his past two games Valladay has carried the load for the Cowboys with 127 yards on 33 carries against New Mexico.

Wyoming's only win over Boise State came in 2016, a 30-28 victory in Laramie. ... Boise State is one of three teams nationally to rank in top 15 in third-down conversions (15th) and third-down defense (14th). Ohio State and Wisconsin are the others. ... Wyoming plays three of final four games on the road. Only home game is Nov. 22 against Colorado State. ... Boise State has won 117 straight home games when leading after three quarters.