No. 23 Auburn seeking to rebound against Georgia State 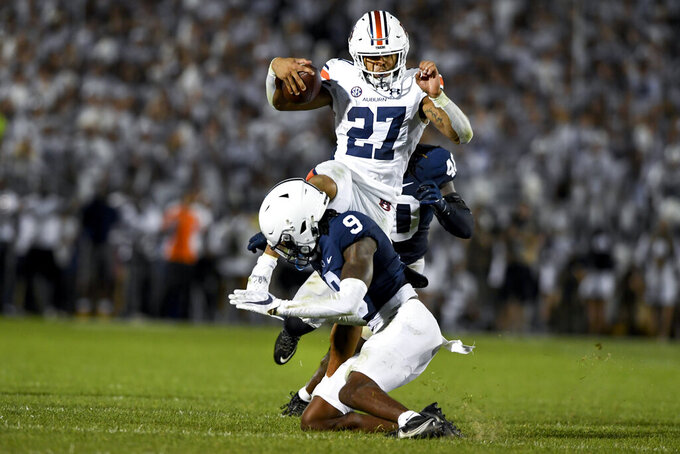 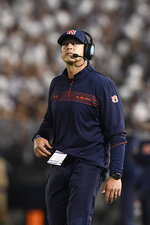 The Auburn Tigers are hoping to once again enjoy the comforts of home as heavy favorites.

The 23rd-ranked Tigers return to Jordan-Hare Stadium for another home game that appears to be a mismatch, hosting Georgia State on Saturday. They're favored by 26.5 points and that's tight compared to the first two home games, a 60-10 win over Akron and 62-0 over FCS Alabama State.

But now they return following a 28-20 loss at No. 6 Penn State in not only their first road venture, but the Tigers' first Power Five opponent. It was also the first loss of coach Bryan Harsin's tenure on the Plains.

It's certainly not the same level of competition. But Georgia State (1-3) is coming off its first win of the season against previously unbeaten Charlotte.

The Panthers are already facing their second ranked team, losing 59-17 at No. 21 North Carolina. The Tigers are led by quarterback Bo Nix, tailback Tank Bigsby and a strong running game and run defense.

“They’re big, they’re physical, they’re talented,” Georgia State coach Shawn Elliott said. "They’ve got kind of the pick of the litter. They are Auburn. They’re athletic. It’s just who they are. It’s what they’re about, the SEC.”

Georgia State’s last game against an SEC team was memorable: a 38-30 win at Tennessee in the 2019 opener. It was the program’s first win over a Power Five team.

Elliott said that Tennessee team had “some obvious holes” and there’s little comparison with Auburn.

“It’s two totally different scenarios,” he said. “I don’t think just because they’ve got a big old stadium over there and they like to cheer and there’s going to be a little (pre-game) eagle flyover, I don’t think we’re all going to be just shell-shocked and look up there and go, ‘Oh my gosh.’

Bigsby and freshman Jarquez Hunter are both off to terrific starts in Auburn's backfield. They're expected to get some reinforcement with the return of Shaun Shivers, who missed the last two games for undisclosed reasons.

Darren Grainger is set to start his second straight game at quarterback for Georgia State. The Furman transfer took over the starting job for Cornelious Brown against Charlotte. He was 6-of-12 passing for 139 yards and a pair of touchdowns with an interception, while rushing for 64 yards. It was Grainger’s first start since 2019.

Georgia State's 5-foot-10, 220-pound running back Tucker Gregg has five fourth-down conversions in the last two games. Gregg had three in the second half against Charlotte and two against North Carolina.

Auburn's defense was carved up by Penn State quarterback Sean Clifford, and lack of a pass rush certainly didn't help. The Tigers had one quarterback hurry and no sacks. Georgia State brings a different type of offensive challenge to Auburn's front seven.

“They run an option, which the last time I saw that I was in high school,” Auburn defensive lineman Colby Wooden said. “We’ve just got to be disciplined."