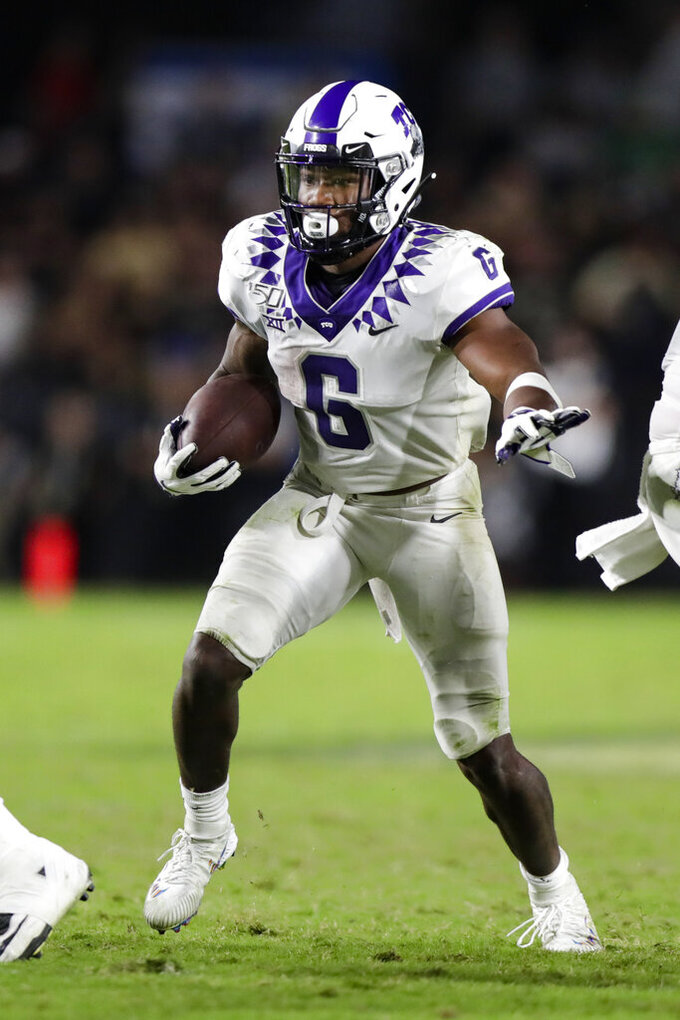 TCU is looking to start 3-0 for the 10th time in 17 seasons. SMU is already 3-0 for the first time since 1984, also the last time the Mustangs were 4-0. The Horned Frogs have won seven in a row, by an average margin of four touchdowns, in the series matching former SWC and Mountain West rivals.

TCU CB Jeff Gladney against SMU WR Reggie Roberson. Gladney's career 34 starts are 11 more than any other player for the Frogs, who have allowed only 147.5 yards passing per game. TCU has four interceptions, and given up only one touchdown pass. Roberson, a former transfer from Big 12 team West Virginia, has 21 catches for an American Athletic Conference-best 342 yards with two touchdowns.

SMU RB Xavier Jones' seven rushing TDs are tied for the national lead, and he is averaging 97 yards rushing per game.

TCU RBs Darius Anderson and Sewo Olonilua are both coming off 100-yard rushing games, the first time in five years that two Frogs running backs had 100 yards in the same game.

TCU has a 15-2 lead in the series since 2001, when they were no longer in the same conference. ... SMU and TCU have met every season since 1925, except for 1987 and 1988 when SMU didn't field a team because of the so-called NCAA death penalty, and in 2006. ... The Frogs are second nationally in total defense, allowing only 209.5 yards per game. ... TCU's five-game winning streak is the longest in the Big 12. ... New SMU quarterback Shane Buechele leads the AAC with 871 yards passing. The transfer from Texas was 37-of-83 passing (45 for 472 yards with a touchdown and two interceptions in two Longhorns losses to TCU. ... Buechele is one of seven graduate transfers for SMU.