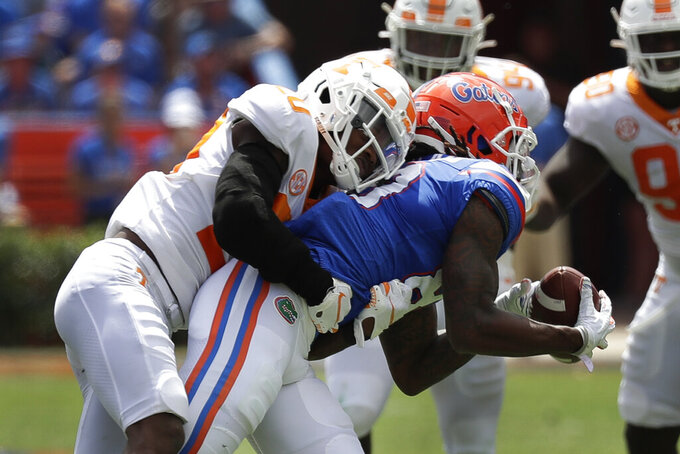 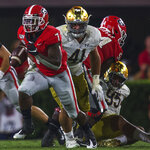 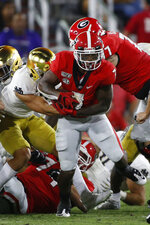 Georgia is seeking its 15th straight win over an SEC Eastern Division opponent. A victory would also enable Georgia to lead the all-time series with Tennessee for the first time since the early 1990s. Tennessee is trying to end a five-game losing streak against Football Bowl Subdivision opponents.

Georgia: QB Jake Fromm has thrown for six touchdowns without an interception this season and has completed over three-quarters of his pass attempts. He ranks sixth nationally in completion percentage and 11th in passing efficiency. Fromm has gone 23 of 37 for 269 yards with one touchdown pass, one interception and two touchdown runs in two victories over Tennessee.

Tennessee: OLB Darrell Taylor has had an eventful history in this series. Two years ago, he was ejected from a 41-0 loss after getting an unsportsmanlike conduct penalty. Last season, he recorded three sacks in a 38-12 setback. Taylor had eight sacks last year _ the most of any active SEC player _ but the fifth-year senior has recorded only one sack this season.

The last time Georgia visited Neyland Stadium, the Bulldogs won 41-0 in 2016 to hand Tennessee its first shutout loss since 1994 and its most lopsided home defeat since 1905. ... Tennessee isn’t revealing its starting quarterback in advance of Saturday’s game. Jarrett Guarantano started each of Tennessee’s first four games but was briefly benched in favor of freshman Brian Maurer in a 34-3 loss to No. 10 Florida two weeks ago. ... Georgia leads the SEC in rushing offense and rushing defense. ... Tennessee coach Jeremy Pruitt was Georgia’s defensive coordinator in 2014-15. Tennessee offensive coordinator Jim Chaney served the same role at Georgia from 2016-18.