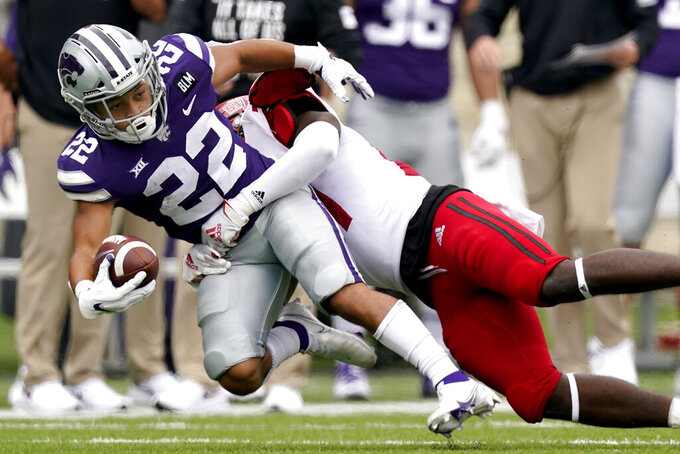 Oklahoma nearly had its College Football Playoff hopes derailed with an upset loss to Kansas State last year. A loss this year would again put the Sooners on the edge of elimination. Kansas State is at risk of a tailspin after opening the season with a loss to Arkansas State. Oklahoma quarterback Spencer Rattler, a redshirt freshman who is getting some early Heisman Trophy buzz, can build on a strong performance against Missouri State.

Kansas State: RB Deuce Vaughn. He led the Wildcats with 47 yards rushing and caught a pass for 24 yards against Arkansas State. He became the ﬁrst true freshman in school history to score a touchdown in a season opener. The 5-foot-5, 168-pounder plays behind Harry Trotter, but it appears Kansas State is committed to working him into the offense.