No. 6 A&M's game with Sam Houston resumes after long delay 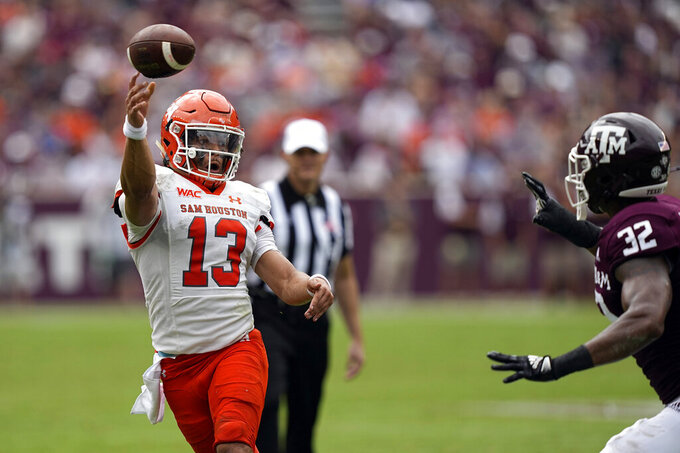 COLLEGE STATION, Texas (AP) — Saturday's game between Sam Houston and No. 6 Texas A&M has resumed after a delay of almost three hours because of lightning in the area.

The suspension was announced at the end of halftime with the Aggies up 17-0. Neither team returned to the field after halftime and a message was posted on the video boards telling fans that the game was suspended and to seek shelter.

Many in the crowd heeded the warning and left their seats, but thousands of fans remained in the stands as the sky darkened and a radar display of the approaching storm was shown on the video boards.

The sun was out when the suspension began, but heavy rain began to fall about an hour into the delay. When the rain started only a few fans remained in the stands. They had passed the time dancing and doing cheers in the stands.

The rain had stopped by the time the teams returned to the field for a 20-minute warmup period before the game resumed.