No. 6 Wisconsin hits the road against underdog Illinois 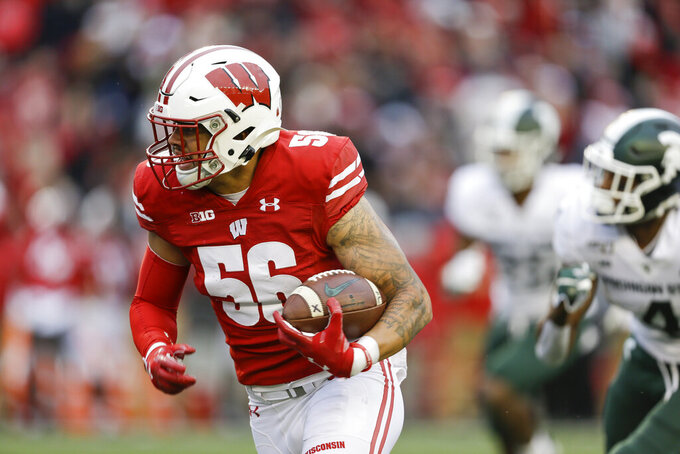 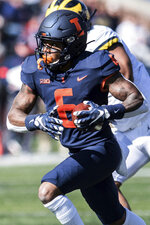 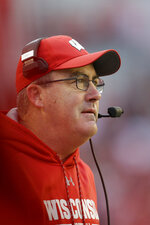 CHAMPAIGN, Ill. (AP) — No. 6 Wisconsin will find itself in strange surroundings Saturday — somewhere other than Camp Randall Stadium.

After five straight home games, the Badgers will hit the road for the first time since the season opener when they visit Illinois on Saturday. The road game against the Illini (2-4, 0-3 Big Ten) will be the first for Wisconsin (6-0, 3-0) since the opener Aug. 30 at South Florida. The 50-day stretch is the longest of its kind for the program since at least 1946 and the Badgers are eager to jump around a bit somewhere else.

"It's kind of exciting to get out on the road," Wisconsin coach Paul Chryst said. "It's always nice to play at someone else's stadium."

While the surroundings might be different, the result is expected to be the same. Wisconsin is steamrolling opponents behind the nation's top defense and a punishing ground game.

Illini coach Lovie Smith, in his fourth year and on the hot seat with an 11-31 overall record (4-26 in Big Ten play), was his usual relaxed self this week.

"We played a top-16 team, this week we get a chance to play a top-6 team," he said. "We have a history with the University of Wisconsin and we know what they are going to bring to the table on both sides of the football."

Wisconsin has outscored Illinois by a combined 145-46 in the teams' four meetings since Chryst took over as coach in 2015. That's an average margin of 24.8 points.

Heisman Trophy hopeful Jonathan Taylor leads the nation with 18 touchdowns (14 rushing and four receiving). He ranks third in the nation in rushing with 137.5 yards per game and is third on Wisconsin's all-time rushing list. Taylor has 4,996 yards in 33 career games.

Illinois allows 201.8 yards rushing per game, second-worst in the Big Ten ahead of only Rutgers.

Despite the potential nightmare those statistics might conjure, Smith says his defensive squad, which leads the nation in forced fumbles and fumble recoveries while giving up tons of yardage, will be ready.

"You start with Taylor, arguably the best player in all of college football. He is an excellent runner between the tackles, he has size, he can hit you with power, he's faster than most people, he's on their track team," Smith said. "It's a good challenge, and you have to be sound."

Junior QB Jack Coan has won his last eight starts, with Wisconsin averaging 42.1 points in those games. He has completed 76.3% of his passes this season, which ranks second nationally, and has thrown eight touchdowns against one interception.

Who starts at quarterback for Illinois was up in the air earlier this week. Starter Brandon Peters sustained a concussion against Minnesota Oct. 5 and was replaced by sophomore Matt Robinson. It's unclear if Peters will be able to play Saturday.

The Badgers boast the nation's No. 1 defense, leading the country in scoring defense (4.8 points per game) and total defense (173.7 yards per game) after posting their fourth shutout of the season last week. With four touchdowns and a safety this season, Wisconsin's defense is responsible for more points (30) than it has allowed (29). Led by seniors Zack Baun (6.0 sacks) and Chris Orr (5.0 sacks), Wisconsin is the first team since Oklahoma in 1967 to record shutouts in four of its first six games.

The Badgers are bowl eligible for the 18th straight season. Wisconsin's streak of 17 straight bowl games is the longest active run in the Big Ten and tied for fifth nationally with Boise State.