No. 8 Buckeyes face another test from No. 24 Michigan State 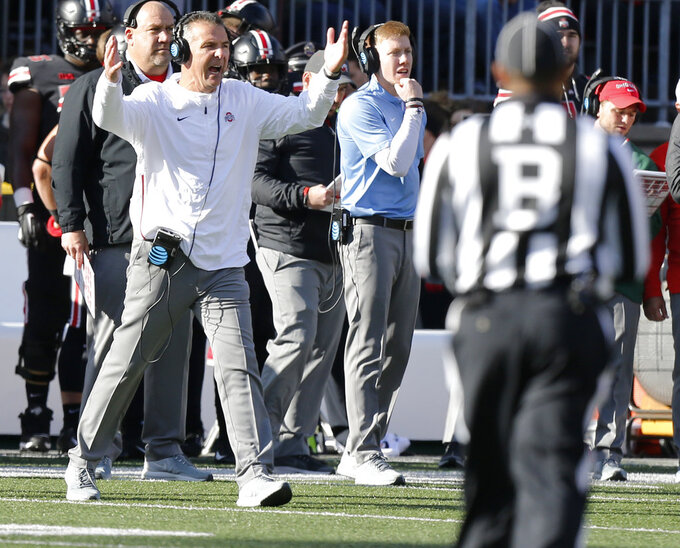 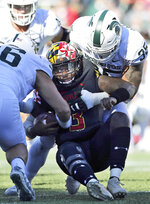 If all goes according to form, Ohio State would face Michigan on the last Saturday of the month, with a division title in the balance.

Before that, though, the Buckeyes have other challenges.

This week, it's Michigan State that stands in the way, and although Ohio State routed the Spartans 48-3 a season ago, there have been enough tight games in this series lately that Saturday's matchup should have the eighth-ranked Buckeyes' attention. The 24th-ranked Spartans will be at home, and they still have a lot to play for themselves.

"Very strong rivalry," Ohio State coach Urban Meyer said. "We have a lot of respect for that team."

The rivalry with Michigan can wait: Ohio State quarterback Dwayne Haskins Jr. was apparently willing to solicit help from Wolverines QB Shea Patterson while preparing for this matchup with Michigan State. Haskins said he and Patterson have known each other since eighth grade from football all-star games and camps, and they've spoken about the Spartans.

"I hit him up asking how they played defensively, and he just gave me some tips going into this week," Haskins said.

Haskins said he doesn't even root against Patterson as long as the Wolverines are playing someone else.

"He's doing well this year," Haskins said. "Looking forward to playing them when we do play them. But right now it's Michigan State, so he's helping me out with Michigan State."

"Once we kind of get toward the end of the season, and you start seeing the bowl predictions," Spartans quarterback Brian Lewerke said. "All that we can do now, now that we're in bowl position, is just win out and try to win as many games as we can, just keep trying to get to a better and better bowl for us."

Here are a few things to know before the Spartans host the Buckeyes:

Michigan State beat Ohio State en route to Big Ten titles in 2013 and 2015, but the Buckeyes won a key matchup against the Spartans in 2014 and went on to win the national title.

As competitive as Michigan State has been with Meyer's Buckeyes, the Spartans have lost their last six home games in this series.

Lewerke has started most of the season at quarterback for Michigan State, but he's dealt with an injured shoulder recently, and Rocky Lombardi has done some good things in relief. Spartans coach Mark Dantonio tried to put some of the uncertainty to rest this week.

"Brian is our starting quarterback, I think you can go with that," Dantonio said. "Is he 100 percent? Nobody is ever 100 percent 10 games into the season, but if he could not play, he would not play."

Michigan State has the nation's top-ranked run defense, but Ohio State isn't likely to be intimidated. The Buckeyes ran for 335 yards in last season's blowout. J.K. Dobbins and Mike Weber combined for 254 yards on the ground in a win over Nebraska last weekend.

Haskins may not need much help from Patterson or anyone else. He's completing 70 percent of his pass attempts this season and has surpassed 3,000 yards passing.