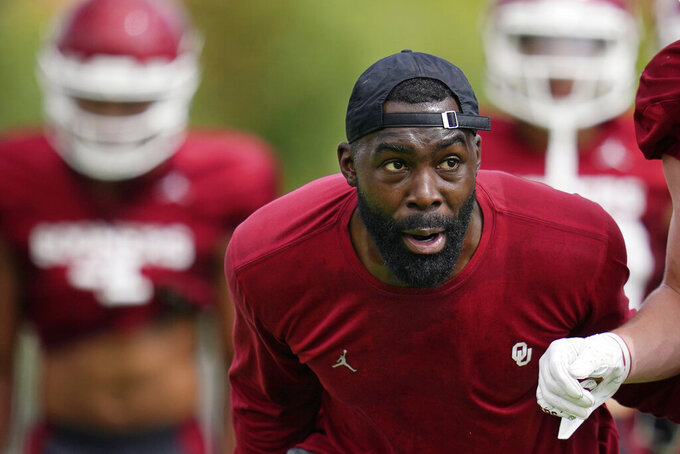 Gundy, who had been with the program as an assistant since 1999, announced his resignation in a social media post late Sunday, and the school confirmed it with a statement shortly thereafter. Oklahoma sent out another statement on Monday giving more details about the incident.

“Coach Gundy resigned from the program because he knows what he did was wrong,” first-year Sooners coach Brent Venables said in the statement. “He chose to read aloud to his players, not once but multiple times, a racially charged word that is objectionable to everyone, and does not reflect the attitude and values of our university or our football program. This is not acceptable. Period.”

Gundy apologized in his post and explained his resignation. He said he noticed a player was distracted while he was supposed to be taking notes, so he picked up the athlete’s iPad and read aloud the words on the screen. He acknowledged that he said a word that he “should never — under any circumstance — have uttered,” and said he was “horrified” when he realized what he had done.

Venables said it tough to see Gundy to leave, but worse for the players to hear that word from one of their coaches.

“As painful as it has been dealing with coach Gundy resigning from the program, it doesn’t touch the experience of pain felt by a room full of young men I am charged to protect, lead and love,” Venables said.

Former Sooners player Joe Mixon, who now plays for the Cincinnati Bengals, was among those who defended Gundy on Twitter.

Gundy — whose brother is Oklahoma State head coach Mike Gundy — was on staff for all 14 of the Sooners’ Big 12 titles and the national championship season in 2000. He spent the last seven seasons coaching wide receivers after spending the previous 16 seasons coaching running backs.

Venables said L’Damian Washington, who had been an offensive analyst, will coach receivers on an interim basis.