Oregon gets Pac-12 After Dark matchup with Montana 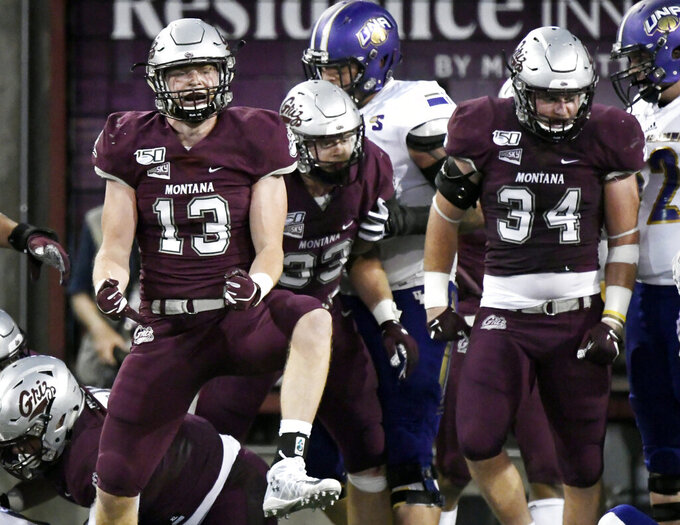 Oregon seeks to continue its upward trajectory after a season-opening loss to Auburn. The Ducks are coming off a 77-6 rout of Nevada last weekend. With both Washington and Stanford suffering early-season losses in conference play, Oregon could mount a bid for the Pac-12 North. But the team has Montana first before facing the Cardinal in the league opener next week. The Grizzlies have faced just three other nationally ranked teams: No. 16 Iowa in 2006 and No. 7 Washington in 2017. Montana's season-opening wins came against South Dakota and North Alabama.

Oregon's defense against Montana's offense. The Grizzlies' offense has been humming along so far this season, led by senior quarterback Dalton Sneed, who is averaging 348 yards passing. Montana's offense is ranked seventh nationally at the FCS level, averaging 520 yards. But Oregon's defense looks to be adjusting well to new defensive coordinator Andy Avalos' system. One standout has been freshman Mase Funa, who leads the league with four tackles for loss. Funa had two sacks in the win over Nevada.

Oregon: Quarterback Justin Herbert threw for 310 yards and five touchdowns against Nevada. All five of those TDs went to different receivers. The Ducks are averaging 46.8 points per game at Autzen Stadium in the senior QB's starts. He's thrown a touchdown pass in 30 straight games, the longest current streak in the nation. He's also fronted by an offensive line that has a combined 163 career starts.

Oregon has won 24 straight nonconference games at home. ... Oregon has had 12 players score a touchdown this season, tied for most in the nation with Baylor and Maryland. ... The Grizzlies have four interceptions this season to lead the Big Sky. ... All of the games between the two teams have been played in Eugene. ... The status of Oregon grad transfer Juwan Johnson was put at 50-50 for Saturday's game by Ducks coach Mario Cristobal. Projected to start at receiver at the start of the season, Johnson has missed both games with a soft tissue injury.