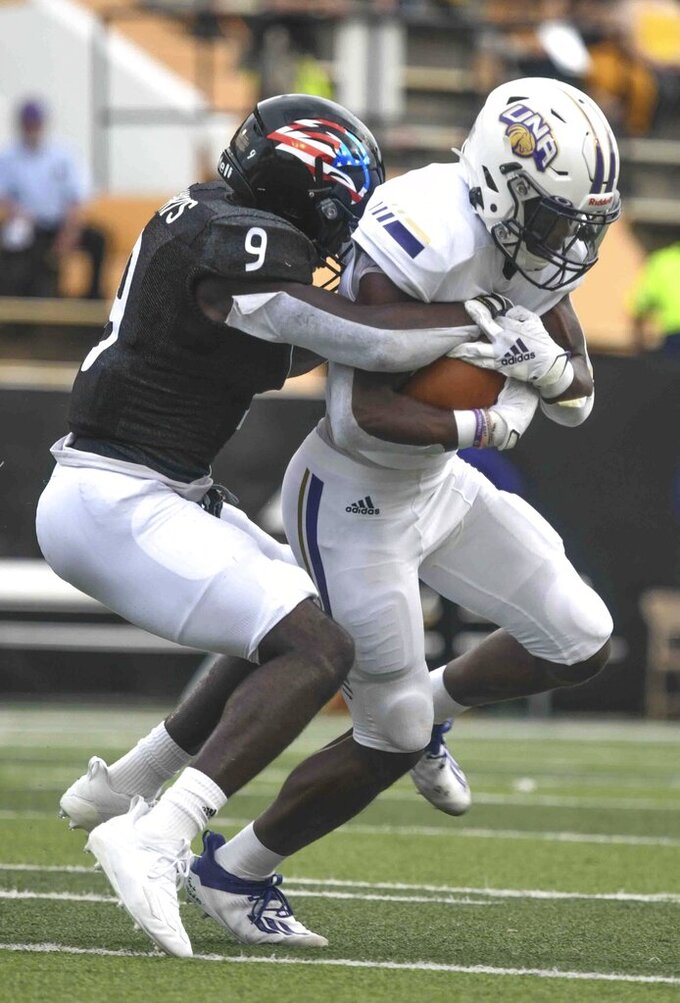 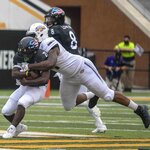 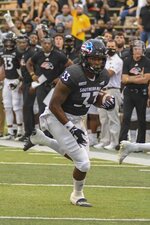 HATTIESBURG, Miss. (AP) — Kevin Perkins broke one tackle at the line of scrimmage and spun out of another, scoring his career-high third touchdown of the game as Southern Mississippi rallied past North Alabama 24-13 on Saturday.

Frank Gore Jr. rushed for 103 yards on 13 carries to lead a 245-yard ground game for Southern Miss. The Lions were held to 23 yards rushing.

The FCS Lions, in their third season transitioning from Division II, end their COVID-shortened four-game season with a 1,681-mile road trip to face BYU in Provo, Utah Nov. 21.

Blake Dever completed 21 of 28 passes for 153 yards and a score for North Alabama.