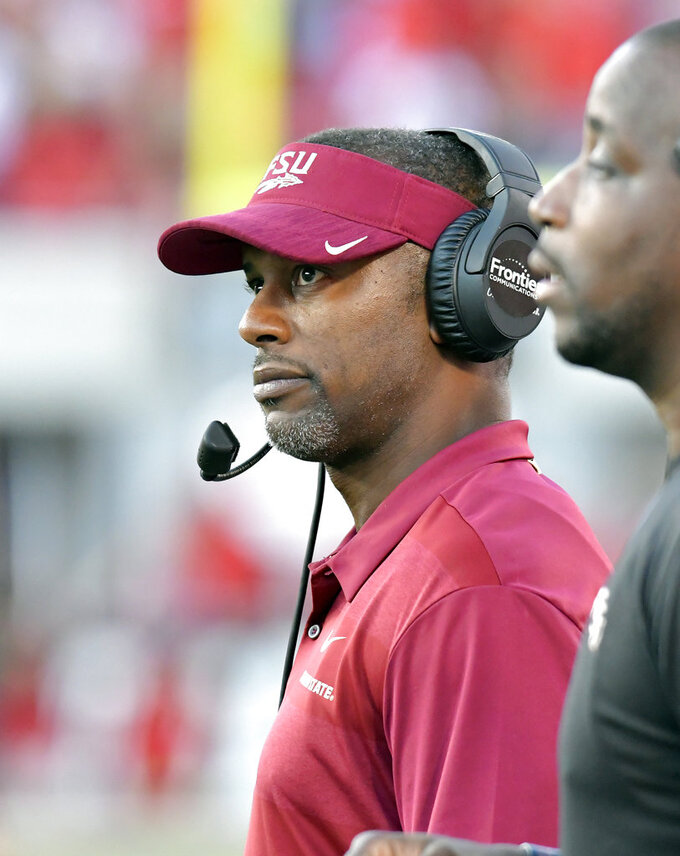 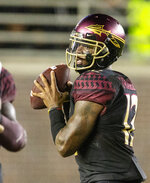 MIAMI GARDENS, Fla. (AP) — There have been bigger games in the Miami-Florida State rivalry. Games that have thwarted undefeated seasons. Games that have cost a team the national championship. Games that elevate someone to the No. 1 spot in the rankings.

None of that applies this time.

Yet to the Hurricanes and Seminoles, it's still enormous.

No. 17 Miami (4-1, 1-0 Atlantic Coast Conference) plays host to Florida State (3-2, 1-2) Saturday, a chance for the Hurricanes to retain bragging rights over their archrival and a chance for the Seminoles to erase more of the stench that followed an awful start. And even without a trophy at stake, players know exactly what this matchup means.

"It defines your season," Miami linebacker Michael Pinckney said. "You can do a lot of great things — but you know, a lot of people are going to ask you what you did in this game."

And those people will remember, too.

Missed kicks . Big rallies . Bigger hits . And just last year, a final-second catch for victory by the Hurricanes' Darrell Langham . If something goes down in a Miami-FSU matchup, it becomes unforgettable.

"It is one of our biggest games of the year," said Florida State cornerback Stanford Samuels III, whose father was responsible for one of those Miami-FSU hits back in 2003 that remains oft-replayed. "One of the biggest games in college football history with the rivalry. It is a game that you come to Florida State for."

Miami coach Mark Richt has been on every imaginable side of the series. He played in it for the Hurricanes. He was an assistant coach for the Seminoles. He's now back his alma mater, trying to lead it to its first home win over FSU since 2004.

So does FSU coach Willie Taggart, who is going to be part of the game for the first time.

He knows exactly what it's all about.

"You've got two storied programs that have some very talented young men on their team," Taggart said. "And they dislike each other, and it will be one exciting, physical, talented football game."

Here's some of what to know going into Saturday:

Miami has the Turnover Chain; Florida State rebutted this year with the Turnover Backpack. Whichever accessory comes out the most will probably indicate which team will win — no team has lost the turnover battle and won a Miami-Florida State game since 2008. If there is one drawback to the chain for Miami, it's this: The noise generated by fans when it comes out often has the Hurricanes' offense needing to use a silent cadence when play resumes, even in its own stadium, because the celebration on the sideline is still ongoing.

Miami rushed for at least 100 yards against Florida State in six straight meetings from 2000 through 2004. The Hurricanes have gotten to the 100-yard mark in rushing in only four of the 13 meetings since, and have averaged a mere 2.2 yards per carry over the last three Miami-FSU matchups. Against all other opponents over that same span, Miami averages 4.7 yards per rush.

Florida State has lost four consecutive games against opponents in the Top 25. The Seminoles have not lost five games in a row to ranked teams since a 13-game slide from 1969 through 1976. There's been 15 past instances of a ranked team facing an unranked team in the Miami-FSU rivalry — in those games, the ranked team has gone 13-2.

Home-field advantage does not make a team unbeatable in this series. Far from it. Florida State is 20-17 in games played in Miami or the Hurricanes' current home in Miami Gardens (a record that includes Miami's win over Florida State at the Jan. 1, 2004 Orange Bowl, technically a neutral-site game). Miami is 15-10 in games at Tallahassee, including a win last season.

The good news for Miami is that since 1986, there have been nine double-digit favorites going into this rivalry matchup — and those favorites have won all nine of those games. The bad news for Miami is that out of the last six times the Hurricanes have been favored to beat Florida State, they've gone 1-5. Most books have Miami as about a 13-point favorite this week; the last time FSU was such a big underdog against the Hurricanes was 2002.