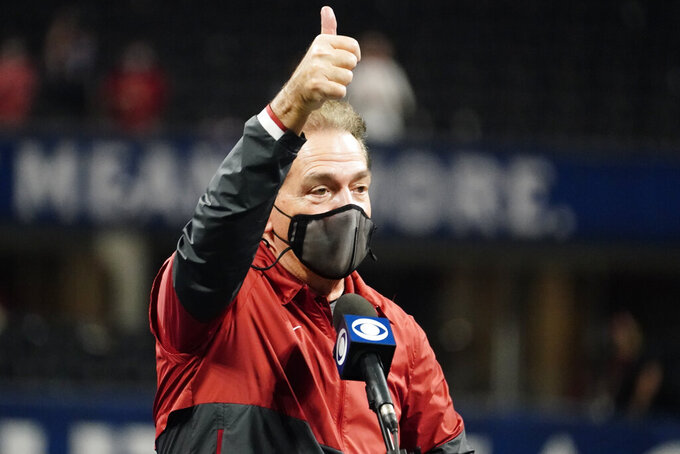 The top-ranked Crimson Tide dominated the awards and All-SEC teams released on Tuesday. Cornerback Patrick Surtain II was defensive player of the year and Nick Saban was named coach of the year.

Smith was chosen as top offensive player over candidates including Alabama quarterback Mac Jones and Florida quarterback Kyle Trask. All three are among the top Heisman contenders.

Jones was named the top scholar-athlete and first-team All-SEC quarterback.

Alabama had nine first-team All-SEC selections while Florida, Georgia and Missouri had three each.

The league's coaches aren't allowed to vote for their own players.