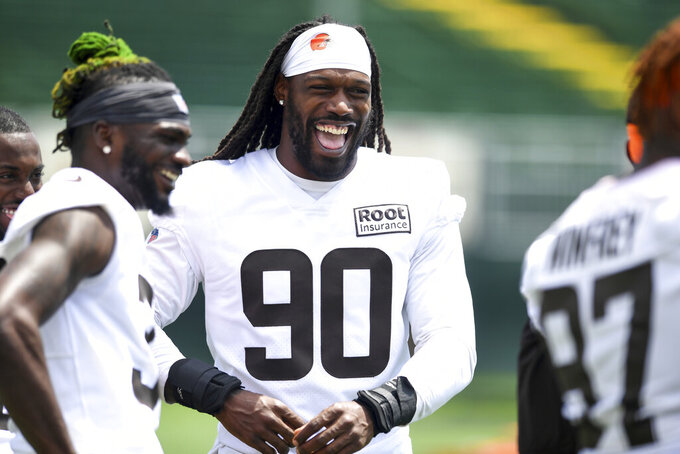 The school announced the retirement of Clowney's No. 7 on Friday.

“We are excited to honor one of our greatest Gamecock football players ever,” South Carolina athletic director Ray Tanner said.

Clowney, from Rock Hill, was the country's top recruit when he signed on with the Gamecocks and coach Steve Spurrier in 2011.

Clowney lived up to his billing. He was twice named an AP All-American, won the Ted Hendricks Award as the nation's top defensive end in 2012 and helped the Gamecocks go 11-2 each of his three seasons.

Clowney's most memorable college moment came in the Outback Bowl after his sophomore season when he tackled Michigan runner Vincent Hill in the backfield, popped off Hill's helmet and recovered the fumble he forced.

Clowney was selected No. 1 overall by the Houston Texans in the 2014 NFL draft.

He's entering his ninth season as a pro and second with the Browns.

Clowney is the first football player to have his jersey retired since South Carolina receiver Sterling Sharpe was honored in 1987.