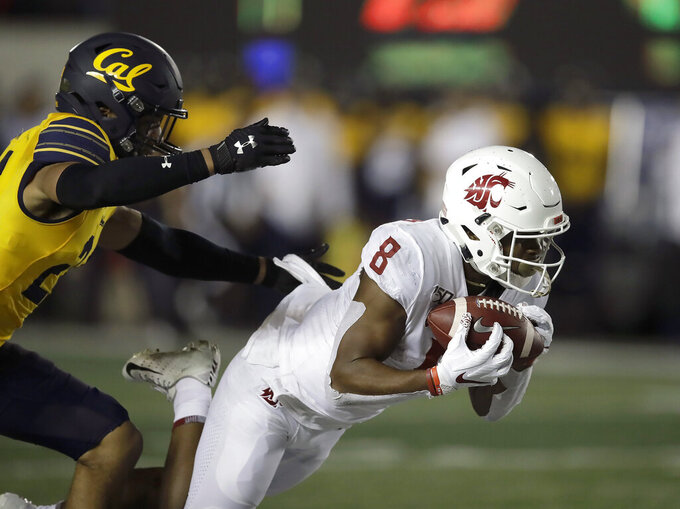 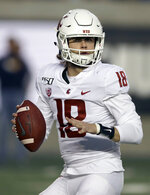 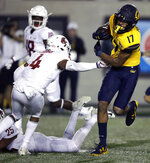 Stanford and Washington State will face off Saturday trying to take the next step toward redeeming disappointing seasons.

Both teams need to win two of their next three games to qualify for a bowl, a solid goal for programs out of contention in the Pac-12 that have made a habit of getting to the postseason in recent years.

Washington State coach Mike Leach has grown increasingly frustrated with his team for losing five of its last six.

“As coaches, we have not been able to turn this into a consistently tough team,” Leach said after a loss at Cal last weekend. “And so, some of this nicey-nice positive stuff we’ve experimented with, well, that experiment’s failed.”

Leach has consistently ripped the Cougars (4-5, 1-5 Pac-12) for lacking leadership, despite losing only a few players from the team that went 11-2 last season.

“Any time any one of these guys thinks they’re a leader, they fall on their face,” Leach said.

Of course, the Cougars are doing some things well.

They lead the nation in passing at 433 yards per game, and they lead the Pac-12 in scoring at 39.8 points per game. But the defense has given up too many explosive plays, Leach said.

As for Stanford, “they are big and they are strong,” Leach said.

“They like to pound the ball, but they have the ability to throw it,” Leach said.

He said the Cardinal are similar to his Cougars. “They are battling and fighting through,” Leach said.

Washington State has a three-game winning streak against Stanford (4-5, 3-4).

“It’s probably the most hectic preparation week in the whole season,” Head said. “They always have the leading passer in the country and a great group of receivers.”

Stanford coach David Shaw sees similarities between himself and the mercurial Leach.

“We enjoy the game. We enjoy the chess match on game day,” Shaw said. “My (play) call sheet is 10 times bigger than his. But when you watch them, you don’t see that because he’s the master adjuster.”

Stanford will play without cornerback Paulson Adebo, an All-Pac-12 selection who suffered an injury in the Cardinal’s loss at Colorado last weekend. Shaw said he could be out for several weeks.

Shaw announced Friday that quarterback K.J. Costello will not play against Washington State. Costello has been limited to five games this season because of injuries. Backup Davis Mills has also dealt with injuries, but Shaw said he was at full strength this week.

Washington State needs at least two wins in its final three regular-season games to qualify for a bowl. The games against Stanford and Oregon State are in Pullman, while the season finale is Nov. 29 at archrival Washington.

Stanford needs at least two wins against either the Cougars, Cal or Notre Dame.

Washington State running back Max Borghi is the only Power 5 player with at least 550 rushing yards and 400 receiving yards and 10 total touchdowns this season. He is second in the league with an average of 6.8 yards per carry and leads all running backs in the nation with 52 receptions.