STAT WATCH: Kick to Utah State's Scarver at your own risk 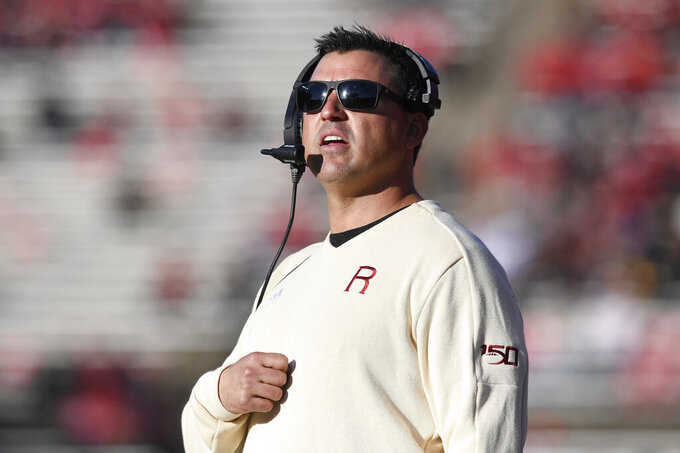 Savon Scarver has picked up where he left off as the nation's top kick returner.

The Utah State junior ran back a kick 100 yards for a touchdown for the second time this season when he went the distance against Nevada on Saturday. He also had a 100 yarder against Colorado State on Sept. 28.

Scarver, who averaged 33.7 yards per return to lead the nation in 2018, is averaging a Football Bowl Subdivision-best 43.4 yards on eight returns this season.

"He has unbelievable natural instincts," Aggies coach Gary Andersen said. "He does a tremendous job of making things seem like not a big deal, but catching that ball when you're moving forward is such a part of being a great kickoff returner. He has 10 other guys that believe in him out on that field and know that if they get their block, there's a really good chance that some good things are going to happen. It becomes contagious."

All five of Scarver's school-record five kick return touchdowns have come in his last 32 runbacks.

"Every time he can catch it, you better watch out," Andersen said. "The other guys deserve some credit also for making it so important for them to be at work every day in practice and knowing they have a big hitter behind them. It's awesome to watch him, it's like he's two gears ahead of everyone else on the field."

The last two players to run back two kicks 100 yards in the same season were Tony Pollard of Memphis and Darius Phillips of Western Michigan in 2017.

Boston College's AJ Dillon and Marshall's Brenden Knox became the 12th and 13th players to rush for 200 yards in a game. Dillon ran 34 times for 223 yards against North Carolina State and Knox carried 23 times for a career-high 220 yards against Florida Atlantic.

Dillon went over 100 yards for the fifth straight game and now has three 200-yard games in his career. He moved from fourth to second on the national rushing chart behind Oklahoma State's Chuba Hubbard. Dillon averages 137.7 yards per game; Hubbard averages 182.3.

Knox ran for 205 yards against Virginia Tech last season and has had three 100-yard games this year.

Memphis' Kenny Gainwell had 203 receiving yards and 104 rushing yards against Tulane, making him the first FBS player since 1997 to have a 200/100 receiving-rushing game. He also became the first Memphis player to go 100/100.

You have to go back to the 1970s to find a team that had as much offensive futility in conference play as Rutgers does this season. The Scarlet Knights, who lost 42-7 to Minnesota, have scored 14 points in five Big Ten games. The Elias Sports Bureau reports that's the fewest by a Football Bowl Subdivision team since the 1975 Kansas State Wildcats mustered 13 in their first five Big Eight games. No Big Ten team has struggled as much over its first five conference games since 1943, when Wisconsin managed 14 points.

Rutgers steps out of conference play this week to face Liberty, which allowed 44 points to FCS Maine on Saturday.

Oregon State and Pittsburgh each recorded nine sacks, increasing to 16 the number of FBS games in which a team has taken down the quarterback at least eight times. Last year there were seven eight-plus sack games the entire season.

The Beavers' nine sacks against California were their most since at least 2001. Pitt had its most sacks since recording nine against Temple in 2001. The Panthers' 36 sacks lead the nation.