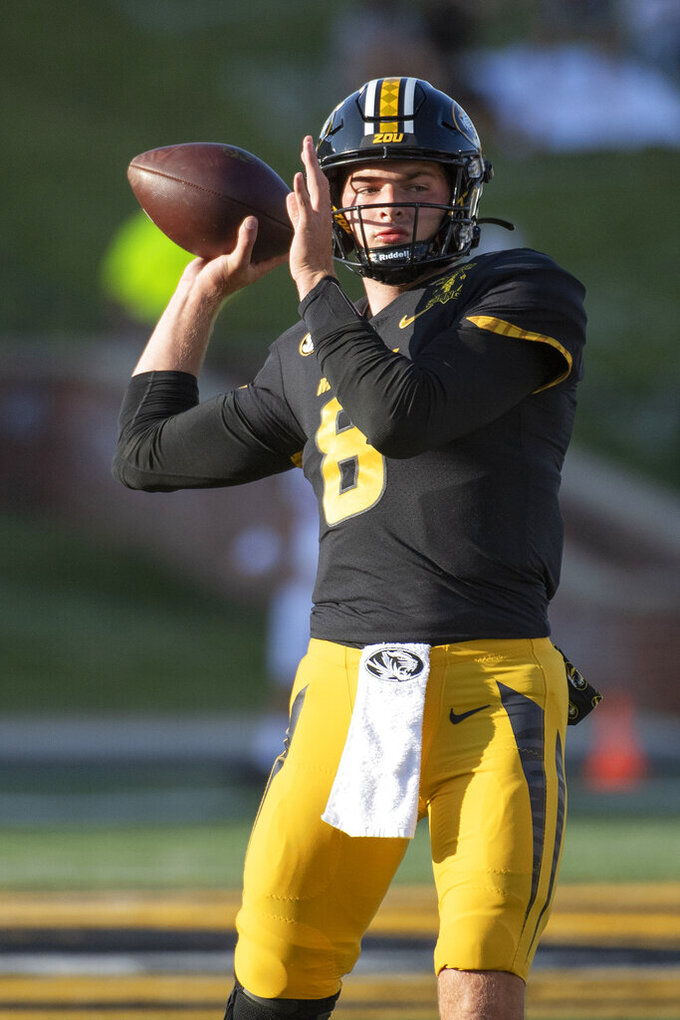 LSU is trying to build on a dominant victory at Vanderbilt last week and continue its climb back up the rankings and SEC standings. Missouri seeks its first victory under new coach Eliah Drinkwitz.

LSU’s youthful and inexperienced defense, which was mistake-prone in a season-opening loss before improving markedly last week, against Missouri freshman quarterback Connor Bazelak, who takes over for his maiden start in place of TCU transfer Shawn Robinson.

The Tigers will be without at least seven players because of one positive test for for COVID-19. Drinkwitz said Thursday night on his radio show that six of the seven players will miss the game because they’re considered close contacts to the positive case and must quarantine under Southeastern Conference protocols. He did not identity the players.

The game was originally scheduled for LSU’s Tiger Stadium but moved to Missouri because of the threat of severe weather posed by Hurricane Delta, which was expected to make landfall in Louisiana on Friday. ... This marks the first time LSU has had to unexpectedly move a home game to a road venue since winning 35-31 at Arizona State in 2005 because of Hurricane Katrina. ... Missouri and LSU were not on one another’s original 2020 schedule. The game was one of two added to each team’s slate when the SEC decided to cancel all non-conference games because of the coronavirus pandemic and move to a 10-game league-only schedule. ... QB Myles Brennan has passed for 682 yards and seven TDs in LSU's first two games without 2019 Heisman Trophy winning QB Joe Burrow, passing game coordinator Joe Brady, or 2019 leading receivers Ja’Marr Chase and Justin Jefferson. ... Mizzou’s lone victory over LSU came in the 1978 Liberty Bowl. ... These team’s only matchup as SEC teams came in 2016 in Baton Rouge, with LSU winning 42-7. ... This marks the first time LSU is to play in Missouri’s Faurot Field.