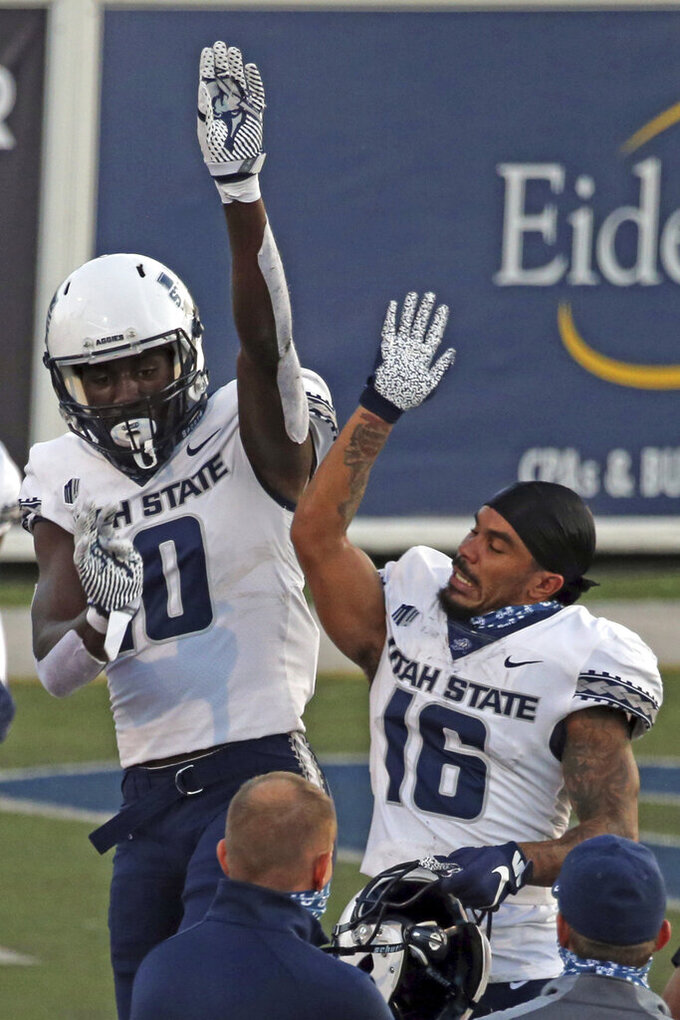 Utah State's Justin McGriff (10) celebrates his touchdown reception with Cam Lampkin (16) during the first half of an NCAA college football game against Nevada on Thursday, Nov. 5, 2020, in Reno, Nev. (AP Photo/Lance Iversen) 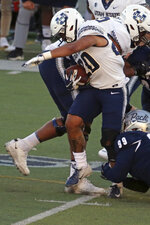 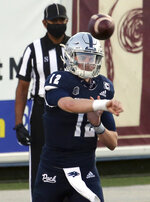 Strong was 36-of-52 passing for 411 yards, 9 yards shy of his career high and his fifth straight 300-yard passing game. He has 282 consecutive pass attempts without an interception, the top active streak in the FBS. Doubs made seven catches for 137 yards after a 219-yard receiving day against UNLV last week.

Trailing 9-0, Nevada (3-0, 3-0 Mountain West) rallied behind Strong and Doubs. Strong extended a play before finding Doubs for a 42-yard score, hit Doubs again on a fourth-and-goal for a 3-yard TD and then tossed a 54-yarder to Doubs on a post pattern for a 21-9 halftime lead.

Utah State (0-3, 0-3) got off to a quick start with AJ Vongphachanh's sack of Carson in the end zone and Jason Shelley's 4-yard touchdown pass to Justin McGriff for a 9-0 lead.

No fans were allowed at the game.