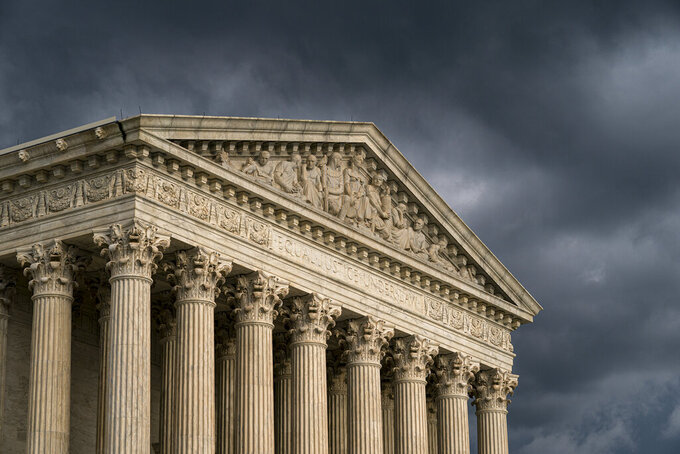 FILE - In this June 20, 2019, file photo, the Supreme Court in Washington. The educational records of a star University of Montana quarterback accused of rape will remain confidential after the Supreme Court declined to get involved in the case brought by author Jon Krakauer. (AP Photo/J. Scott Applewhite, File)

WASHINGTON (AP) — The educational records of a star University of Montana quarterback accused of rape will remain confidential after the U.S. Supreme Court declined to get involved in the case brought by author Jon Krakauer.

Krakauer had made a public records request for the documents in 2014 while writing the book “Missoula: Rape and the Justice System in a College Town.” But Montana officials denied him access to the documents related to former University of Montana quarterback Jordan Johnson, who was accused of rape by an acquaintance in 2012.

Krakauer, the author of “Into the Wild” and “Into Thin Air,” took officials to court over their denial. A lower court initially ordered Krakauer be given access to the records but the Montana Supreme Court disagreed.

Johnson was ultimately acquitted in court but a university disciplinary process had recommended expelling him. Johnson appealed his expulsion to State Commissioner of Higher Education Clayton Christian. It wasn’t clear what action Christian took but Johnson remained a student. Krakauer wanted documents related to Christian’s intervention.

Krakauer on Monday criticized the federal law that the university system had used to withhold the records, the Family Education Rights and Privacy Act. University officials had argued the school could lose education funding if it violated the act by releasing confidential student information, while the author said schools use the law to deny the public release of information that might blemish the schools' brand.

“I intend to pivot my efforts toward persuading Congress to get rid of FERPA and replace it with a bill that doesn't enable schools to cover up sexual assaults by their star athletes,” Krakauer told The Associated Press in an email.

As is typical, the Supreme Court didn’t comment Monday in turning away the case.