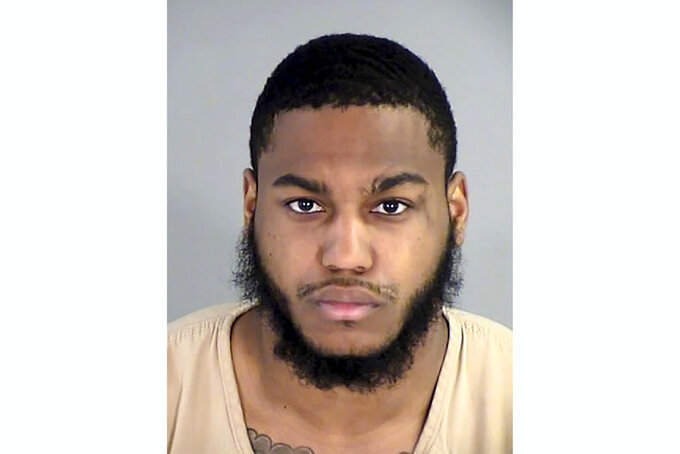 CHARLOTTESVILLE, Va. (AP) — A University of Virginia student accused of fatally shooting three UVA football players and wounding two other students made his first in-person appearance in court Thursday, as a judge set a date for a hearing when witnesses will testify about the shootings on a bus carrying students back to campus from a field trip last month.

If the judge decides after hearing from witnesses that the state has enough evidence to establish probable cause that Jones committed the killings, he'll send the case to a grand jury. Commonwealth's Attorney James Hingeley told the judge that the state plans to call a large number of witnesses.

Jones has not yet entered a plea, and Public Defender Liz Murtagh declined to comment.

Jones, a former member of the football team, is accused of opening fire on a charter bus as he and other students arrived back on campus after seeing a play and having dinner together in Washington, D.C. Authorities have not released a motive. A witness told police the gunman targeted specific victims. Football players Lavel Davis Jr., D’Sean Perry and Devin Chandler were killed, while a fourth member of the team, Mike Hollins, and another student were wounded.

Jones is being held without bond on second-degree murder and other charges in the shooting, which set off a manhunt and 12-hour campus lockdown before Jones was apprehended in suburban Richmond. His first Albemarle General District Court hearing was by video link from jail.