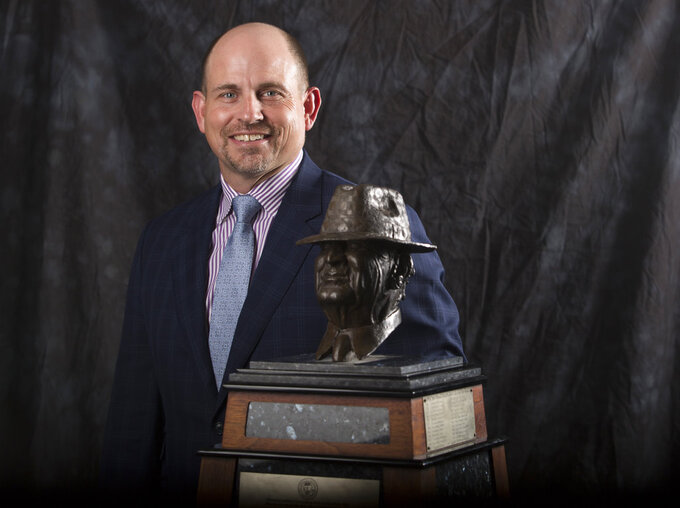 UAB coach Bill Clark poses for a photograph with the Paul "Bear" Bryant Coach of the Year Award, before the ceremony Wednesday, Jan. 9, 2019, in Houston. (Yi-Chin Lee/Houston Chronicle via AP)

Swinney is the only three-time winner of the 33rd annual award, with Chris Petersen — the trophy holder in 2006 and 2009 at Boise State — the only other multiple winner.

Frank Beamer, whose tenure as Virginia Tech's coach spanned 29 years, received the Paul "Bear" Bryant Lifetime Achievement award. It honors a coach for outstanding career accomplishments on and off the field. He won the coach of the year award in 1999.