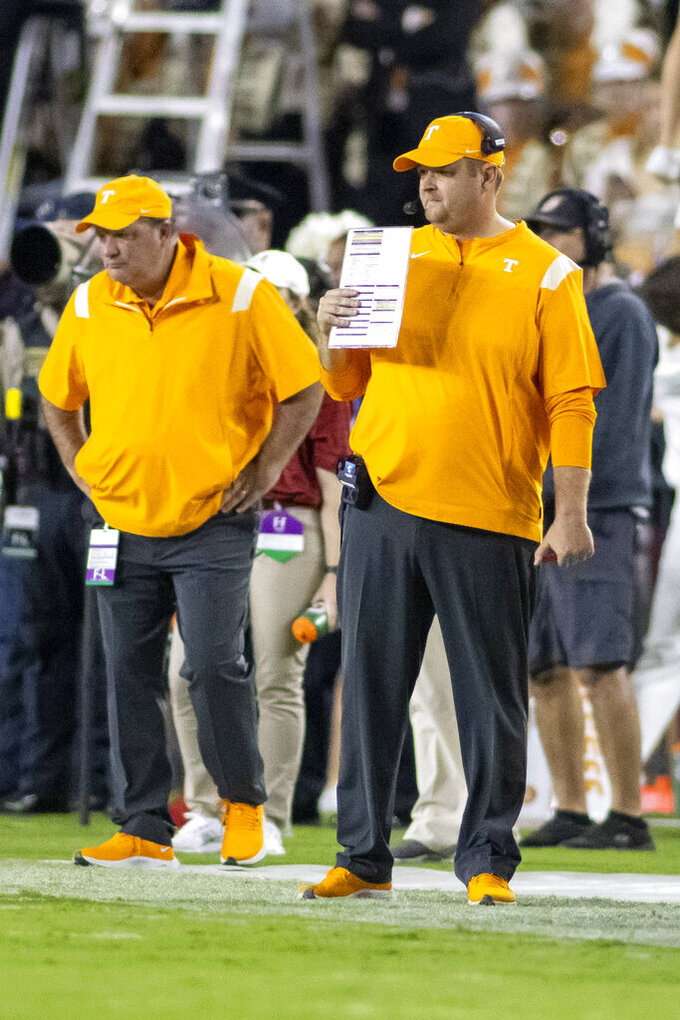 Tennessee will not self-impose a postseason bowl ban after wrapping up its investigation into the recruiting issues that led to the firing of coach Jeremy Pruitt and nine others in January.

“We will hold ourselves accountable considering the nature of the violations, our prompt investigation and corrective personnel actions, the new recruiting environment and other factors,” the university said in a statement Thursday. “In the interest of protecting the rights of innocent student-athletes, the university will not impose a postseason bowl ban.”

Tennessee started the internal investigation after receiving a tip on Nov. 13, 2020, about alleged recruiting violations. The university cited NCAA bylaws for preventing it from sharing details of what it found.

Chancellor Donde Plowman called the issues “serious violations of NCAA rules” that “warrant immediate action” on Jan. 18 at a news conference announcing the firing of Pruitt, two assistant coaches and seven members of the recruiting and support staff.

The chancellor said then that the potential NCAA issues involved Level I and II violations with a number of people and incidents. NCAA investigators opened a case in December.

Pruitt, who went 3-7, hired an attorney after Tennessee refused to pay his $12.6 million buyout. He went 16-19 in his three seasons.

Tennessee said in the statement that university officials are focused on rebuilding the football program and supporting its athletes.

“We will now work to finalize a fair and efficient resolution through the applicable process while navigating a rapidly changing landscape in intercollegiate athletics that includes transformative change for the NCAA, the Alston decision and significant new name, image and likeness rights for our student-athletes,” the statement said.

First-year coach Josh Heupel already has improved on Pruitt's last season with a 4-4 record with four games remaining. With South Alabama and Vanderbilt the final games at home, Tennessee could become bowl eligible with six wins. The Vols visit No. 18 Kentucky on Saturday night in their final road game this season.