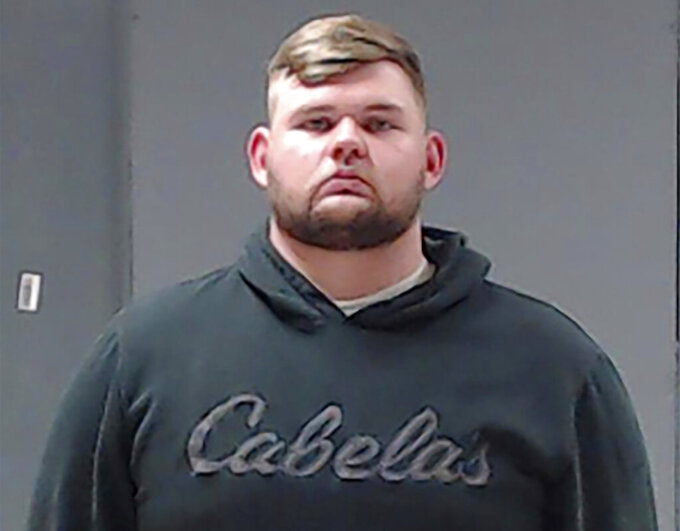 This booking photo provided by the Hunt County (Texas) Sheriff's Office shows Wolfe City Police Officer Shaun Lucas on Monday, Oct. 5, 2020. Lucas has been charged with murder in the fatal shooting of a Black man following a reported disturbance at a convenience store in a small East Texas town over the weekend, authorities said. (Hunt County Sheriff's Office via AP) 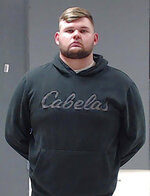 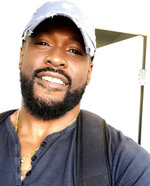 DALLAS (AP) — A white police officer charged with murder in the fatal shooting of a Black man in a small East Texas city was fired Thursday.

A statement from Wolfe City said Officer Shaun Lucas, 22, was fired for “his egregious violation” of city and police department policy. The city of about 1,500 people is located about 70 miles (113 kilometers) northeast of Dallas.

Jonathan Price, 31, was killed after Lucas arrived at a convenience store on Oct. 3 to check out a report of a fight. In a statement Monday announcing that Lucas had been charged, the Texas Rangers said that Price “resisted in a non-threatening posture and began walking away,” and that the officer’s actions weren’t “reasonable.”

Lucas had been with the Wolfe City Police Department for a little less than six months when the shooting took place, according to records from the Texas Commission on Law Enforcement. His prior law enforcement experience had been working as a jailer with the Hunt County Sheriff’s Office for about five months

Lee Merritt, an attorney representing Price's family, said the family was relieved to hear that Lucas had been fired, but thought it should have happened sooner.

Lucas remained jailed Thursday on $1 million bond. His attorney, John Snider, said Thursday that there was no appeal process available for Lucas to challenge the firing.

“Mr. Lucas only discharged his pistol as a last resort in response to an aggressive assailant who was actively trying to take his" stun gun, Snider said.

But Merritt said Thursday that he doesn't believe that is what happened. He said witnesses have said Price was “too far away to even be considered as reaching for the” stun gun. He said that after the stun gun was deployed, Price's “muscle movements at that point were involuntary, so he wasn't reaching for anything consciously.”

The arrest affidavit for Lucas, which was released Wednesday, said that when Lucas arrived at the convenience store he was greeted by Price, who asked the officer “you doing good” several times and extended his hand in a handshake gesture. Price apologized for broken glass on the ground, telling the officer someone had tried “to wrap me up.”

The affidavit, written by a Texas Ranger, says Lucas thought Price was intoxicated and tried to detain him. Price said “I can't be detained” as Lucas grabbed at his arm and used verbal commands. When Lucas produced a stun gun, Price began to walk away.

After Lucas deployed the stun gun, which wasn't fully effective, Price walked toward him and appeared to reach out to grab the end of the stun gun, the affidavit said. The affidavit said that Lucas then fired four times, striking Price in the upper torso. Price was later pronounced dead at a hospital.

Merritt said the description in the affidavit of what led to the shooting mirrored what Lucas' attorney has said. He said it was unfair that it was released before the officer's body camera video and surveillance video have been released.

Police haven’t released any details about the reported fight that brought Lucas to the convenience store, but Price’s family and friends said the one-time college football player had intervened in a domestic disturbance.

The funeral for Price, a well-known figure in the tight-knit community, will be held Saturday at the high school football field.

Price, who worked in maintenance for the city, had played football at Hardin-Simmons University in Abilene. Family and friends said the personal trainer and body builder had dreams of starting his own fitness center.

Price’s mother, Marcella Louis, said this week: “He helped everybody in this community and had a big heart and spirit.”

The city said in its statement Thursday that the mayor and city council are grateful that gatherings in support of Price and his family have remained peaceful.

“We also ask that you remember our city employees, many of whom worked with both Mr. Price and Mr. Lucas as we eventually begin the work of healing our town and the community at large," the statement said.