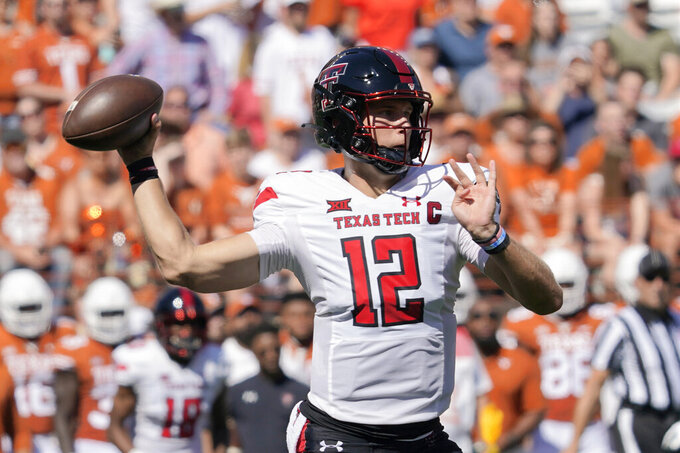 The announcement Sunday came just less than two weeks before the Red Raiders play their season opener Sept. 3 against Murray State. Shough, a senior in his second year with the Red Raiders after transferring from Oregon, was picked as the starter over sophomore Donovan Smith and redshirt freshman Behren Morton.

“I first want to praise all three of our quarterbacks as this was an unbelievable competition,” McGuire said. “Tyler has played well and put our offense in position to be effective consistently throughout camp, which has earned him the right to be our starting quarterback. Tyler has a great football IQ and has really captured what we want this offense to look like with the type of responsibility we put on the quarterback."

Shough completed 64 of 92 passes (69.6%) for 872 yards and six touchdowns in Texas Tech's four games last season before breaking a collarbone. He had started 11 games at Oregon before joining the Red Raiders