Tigers squeak out 33-28 victory over Vanderbilt 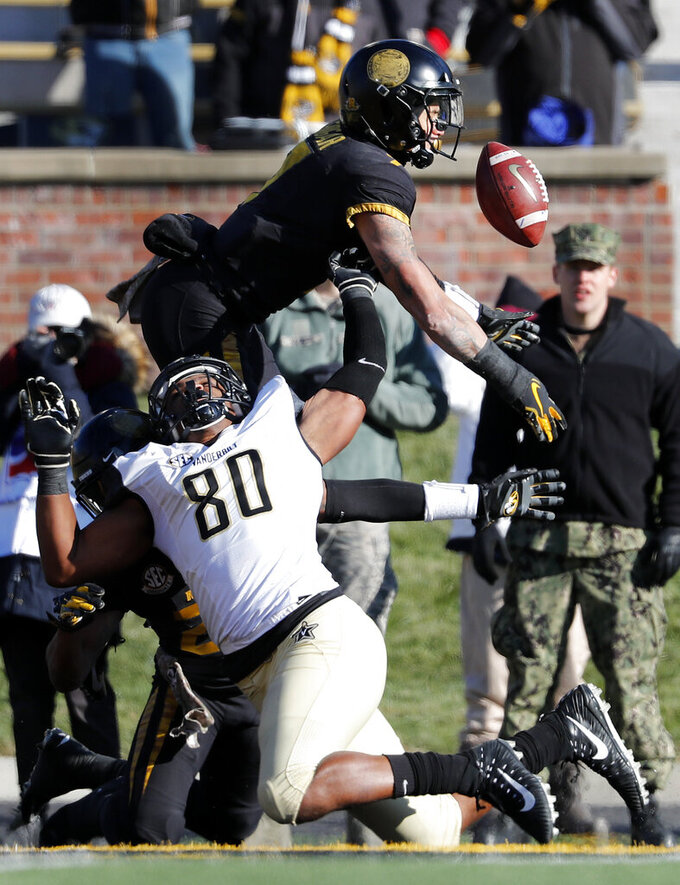 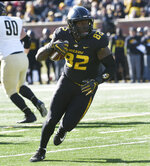 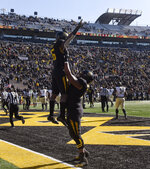 COLUMBIA, Mo. (AP) — When Missouri kicker Tucker McCann missed a 31-yard field goal to the left with 1:48 remaining in the game, the possibility opened up that Missouri could lose its third last-second contest of the season.

The Tigers were up 33-28. Quarterback Kyle Shurmur led Vanderbilt 55 yards down the field, setting up for a play on Missouri's 25-yard line with five seconds remaining.

When the final pass came down untouched, Missouri had won its sixth game, becoming bowl-eligible for the second season in a row. The Tigers exhaled.

"I instantly just fell down on my knees and said 'thank you God'," Missouri running back Damarea Crockett said.

"I was wishing it was over before then," Missouri head coach Barry Odom said. "But I had trust in what was called. I'm proud that our team ended up winning it on that last play."

In the end, the Tigers (6-4, 2-4 Southeastern Conference) are going bowling, and the Commodores (4-6, 1-5) will need to win both its remaining games to guarantee bowl eligibility.

Vanderbilt had led all game until Missouri running backs Crockett and Larry Rountree III fueled a 99-yard drive to start the fourth quarter. The drive started after Vanderbilt failed to convert a 4th-and-goal opportunity on Missouri's 1-yard line.

"Not putting the ball in the end zone on fourth-and-1 was the most critical play in the ballgame for us," Vanderbilt coach Derek Mason said. "Not getting that done cost us momentum."

From there, the Tigers trekked down the field for a 14-play drive that lasted 5:38. Quarterback Drew Lock trotted three yards into the end zone to give Missouri its first lead of the game - 33-28 with 9:18 remaining.

Shurmur outplayed Lock for the majority of the game, with 249 yards and three touchdowns on 24-for-35 passing. Lock, a former Heisman hopeful, passed for 253 yards, two touchdowns and two interceptions on 22-for-33 passing.

Crockett bolted for 122 yards and a touchdown on 22 carries and Rountree added 92 yards on 21 rushes.

"Those guys put the game on their back," Lock said. "Our o-line blocked their butts off."

Vanderbilt's Ke'Shawn Vaughn ran for 182 yards and one touchdown on 15 carries, good for 12.1 yards per carry.

Vanderbilt: The Commodores showed promise on offense in the first half and proved that they could compete on the road. The victory would have immensely helped the team's bowl chances, but Vanderbilt can still clinch eligibility with wins in home games against Ole Miss and Tennessee.

Missouri: It wasn't as pretty as the Tigers' 38-17 victory over No. 13 Florida, but Missouri is officially going bowling. After a rough first half, the defense locked down and offense stepped up in the second half. Finally winning a close game should help the Tigers' spirits.

Beginning with the failed fourth-and-goal attempt from the 1-yard line, Vanderbilt missed out on multiple opportunities in the fourth quarter. Vanderbilt was flagged on an unsportsmanlike conduct, which turned a 3rd-and-1 to a 3rd-and-16, which it didn't convert.

The Commodores picked off Lock on the ensuing drive, putting themselves on Missouri's 35. They managed just one yard on four plays.

"It's been the same story all season," said Vanderbilt tight end Jared Pinkney, who had five catches for 88 yards. "We can't finish, for whatever reason."

ON THE RIGHT SIDE

Missouri has lost a pair of last-second contests this season, 37-35 to South Carolina and 15-14 against No. 12 Kentucky. After winning on a last-second play, Odom and his players acknowledged how much better it feels to be on the good side of thrillers.

"Down to the last play, I'm kind of tired of those," Odom said. "Excited for our team to show the resolve, the toughness and the grit when it wasn't very pretty early on."

Missouri goes on the road to face Tennessee.