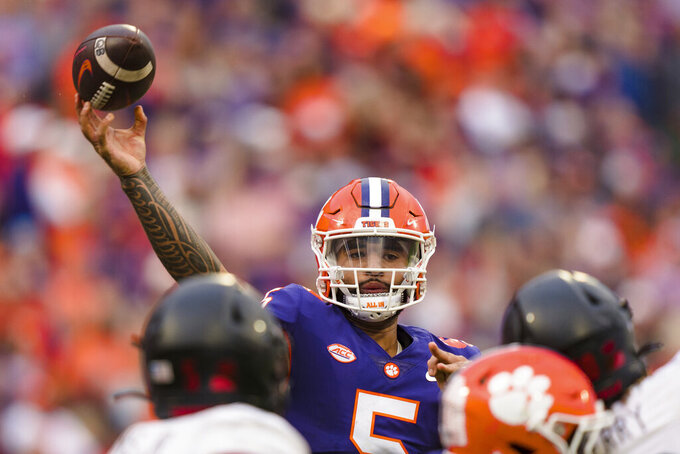 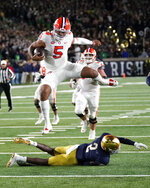 Uiagalelei was replaced after two series in Saturday's 39-10 win over North Carolina in the Atlantic Coast Conference championship, and coach Dabo Swinney already has announced freshman Cade Klubnik will start in the Orange Bowl against Tennessee.

The 10th-ranked Tigers (11-2) started 8-0, but Uiagalelei struggled in the Oct. 22 game against Syracuse and was benched in the second half. Klubnik led a fourth-quarter comeback in a 27-21 win.

Clemson's offense was stagnant in a 35-14 loss at Notre Dame, and Uiagalelei was just 8-of-29 passing in a 31-30 loss to South Carolina. Klubnik took over after the Tigers went three-and-out on their first two possessions against North Carolina.

The 6-foot-4, 235-pound Uiagalelei was one of the top recruits in the country out of St. John Bosco High in Bellflower, California. Over 35 games in three seasons for Clemson, he threw for 5,681 yards and 36 touchdowns with a 59.8% completion rate and 17 interceptions.