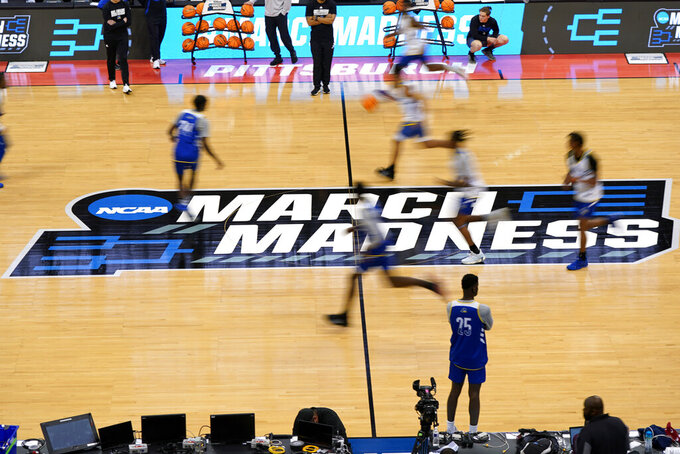 A group that advocates for college athletes has filed a federal complaint that claims NCAA Division I schools are violating the civil rights of Black basketball players and major college football players by prohibiting compensation.

The National College Players Association announced Tuesday it had submitted a complaint to the Office for Civil Rights in the Education Department. The NCPA says NCAA rules prohibiting schools from compensating athletes disproportionately impacts Black students.

“I believe it’s important to first acknowledge the reality of the business that is college football," Stanford football player Elijah Higgins said in a statement through the NCPA.

Citing a 2018 study by the University of Southern California's Race and Equity Center, the complaint said “Black men were 2.4% of undergraduate students enrolled at the 65 (Power Five conference) universities, but comprised 55% of football teams and 56% of men’s basketball teams on those campuses.”

The NCAA Division I men's basketball tournament generates more than $800 million in revenue for the association, most of which is distributed to 358 schools that compete at that level.

The College Football Playoff, which operates outside the NCAA, is worth more than $470 million annually to the 10 conferences that run it, with the majority of that money going to the Power Five — the Atlantic Coast, Big Ten, Big 12, Pac-12 and Southeastern conferences.

The NCPA claims that relative to the revenue generated by their sports, Division I football players and men's and women's basketball players have been denied tens of thousands of dollars in compensation annually. The group has also pushed for college athletes to receive employee status, a step university officials largely oppose.

The court said the NCAA and college conferences could not cap benefits related to education that schools can offer to athletes.