Unbeaten No. 20 Minnesota back in poll, faces woeful Rutgers 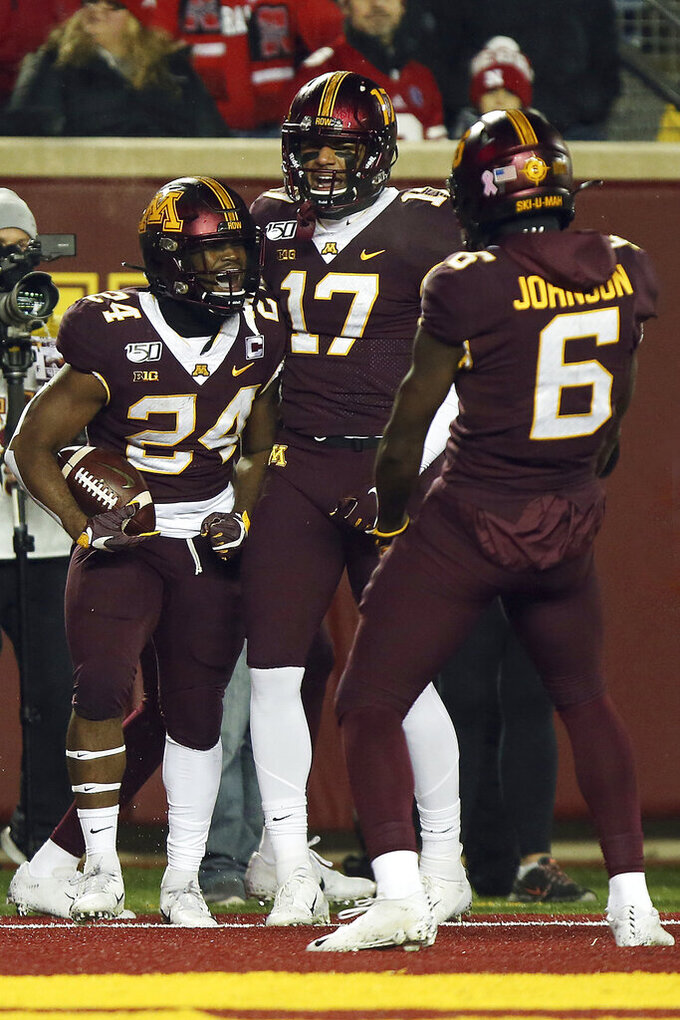 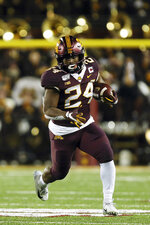 EAST RUTHERFORD, N.J. (AP) — Minnesota is back in the Top 25 for the first time in five years and it has a shot at staying there a while.

The Golden Gophers (6-0, 3-0 Big Ten) will take their eight-game overall winning streak on the road to New Jersey to face woeful Rutgers (1-5, 0-4) on Saturday.

The Scarlet Knights have been outscored 165-7 in their conference games and have won twice in their last 18 overall. The university fired coach Chris Ash at the end of last month and the job is being handled on an interim basis by Nunzio Campanile.

"We are the same as we were when we started the season in terms of our mentality," Fleck said. "We're 0-0. We want to be 1-0 in the Rutgers championship season, period. I'm proud of our players for adopting that because it's one thing to say it. It's another thing to have your players actually respond to it and then have them become messengers of that."

Putting the coach talk aside and looking ahead, Minnesota will face an inconsistent Maryland (3-3) next weekend and then it will have a bye to prepare for a home game against No. 7 Penn State (6-0). The rest of the schedule is at No. 23 Iowa, at Northwestern and the season finale at home against No. 6 Wisconsin, its bitter border rival.

"We want them to enjoy the process," Fleck said. "The dream is the journey. So many people think the dream is the result. When the result happens, no matter what it is, people are going to look at you and say, 'Can you do it again?"

Minnesota quarterback Tanner Morgan is fourth in the nation in passing efficiency at 195.1, trailing only Joe Burrow (LSU), Jalen Hurt (Oklahoma) and Tua Tagovailoa (Alabama). Morgan is tied for 12th in the country with 14 passing touchdowns. His career completion percentage of 63.4%, would place him first in school history (he is 24 attempts shy of the minimum 300 attempts needed).

Linebacker Kamal Martin is considered one of Minnesota's best NFL prospects, a long-armed, 6-foot-3, 245-pound athlete who was named the Big Ten Defensive Player of the Week after collecting a career-high 15 tackles in a win over Nebraska. Despite playing in four of Minnesota's six games this year, with one absence due to an unspecified violation of team rules and the other because of a foot injury, Martin leads the team with 41 combined tackles and is tied with safety Antoine Winfield Jr. for the lead with two interceptions.

Rutgers punter Adam Korsak is averaging 45.44 yards per punt (19th nationally) on 41 punts. The former Australian rules football played has had 20 punts inside the 20-yard line. He has been named the Ray Guy Award Punter of the Week twice this season.

The Gophers defense went 111 minutes and 27 seconds without allowing an offensive touchdown until a late score by Nebraska ended the streak. The Gophers gave up a total of 547 yards over the last two games against Illinois and Nebraska, and 14 of the 24 points allowed were from defensive touchdowns by the Illini. Last year against Illinois and Nebraska, the Gophers surrendered a combined 1,305 yards and 108 points.