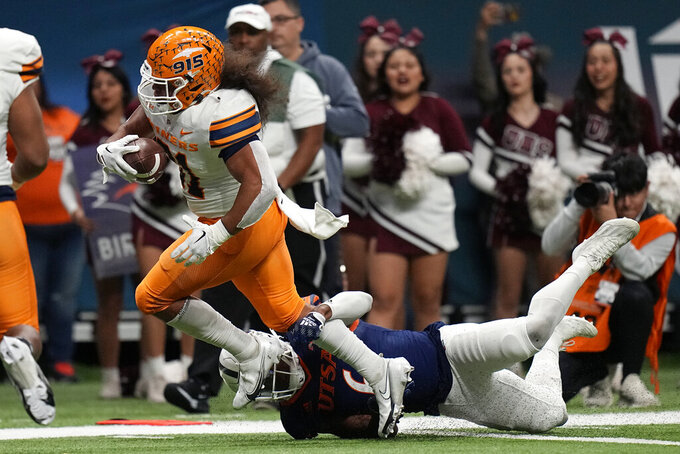 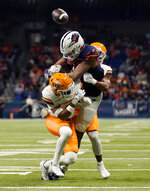 UTSA scored the last 20 points, and Sackett's late kick capped an eight-play, 73-yard drive that gave the Roadrunners their only lead of the game. Sackett also made a 51-yard field goal in the third quarter.

Frank Harris threw for 382 yards and three touchdowns for UTSA (10-2, 8-0), which entered having already clinched the C-USA regular season title and will host the conference championship against North Texas on Friday.

Tykee Ogle-Kellogg had four receptions for 142 yards and Zakhari Franklin made seven for 126 yards receiving for the Roadrunners, and each had a touchdown catch. Ogle-Kellogg's 70-yard scoring catch tied the game 31-31 at the end of the third quarter.

Calvin Brownholtz threw two touchdown passes in the first quarter, and his 23-yard TD run gave UTEP a 24-0 lead with 7:03 remaining in the second. Brownholtz finished 11-of-24 passing for 189 yards and also had two interceptions. Tyrin Smith had four catches for 99 yards and a score for UTEP (5-7, 3-5).

The Roadrunners have won the last six in the series.