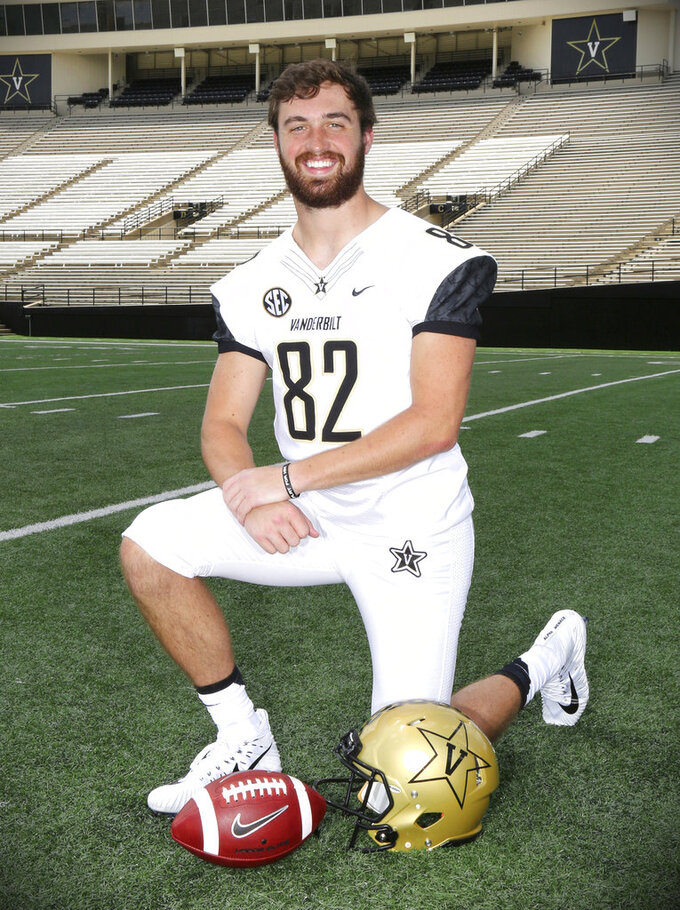 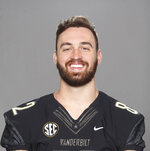 NASHVILLE, Tenn. (AP) — Vanderbilt tight end Turner Cockrell died Thursday at home after battling cancer for more than a year. He was 21.

Cockrell was surrounded by family in Acworth, Georgia, when he died. The Commodores were told of Cockrell's death at a team meeting Thursday afternoon, Vanderbilt spokesman Larry Leathers said.

The tight end noticed two lumps on the right side of his neck last fall and was diagnosed with melanoma in November. He had surgery in December to remove cancerous lymph nodes from his neck and later had radiation therapy. After a full-body scan showed unusual growths in Cockrell's lungs, doctors said in July that his cancer had spread.

He received treatment at the MD Anderson Cancer Center in Houston. Cockrell watched Vanderbilt's season-opening 35-7 victory over Middle Tennessee this year from the coach's suite in the press box. He received the game ball afterward. The Commodores also wore stickers with Cockrell's No. 82 this season on their helmets.

"My heart is broken for Randy, Noelle and the Cockrell family, for all of Turner's teammates, and for all who came in contact with Turner," Vanderbilt coach Derek Mason said in a statement. "Turner had a wonderful spirit and fought an incredible fight. He was a Vanderbilt Man through and through, and he will always be remembered here."

Cockrell is survived by his parents, Randy and Noelle, and a brother and sister.

The date of Vanderbilt's season-opener has been corrected.