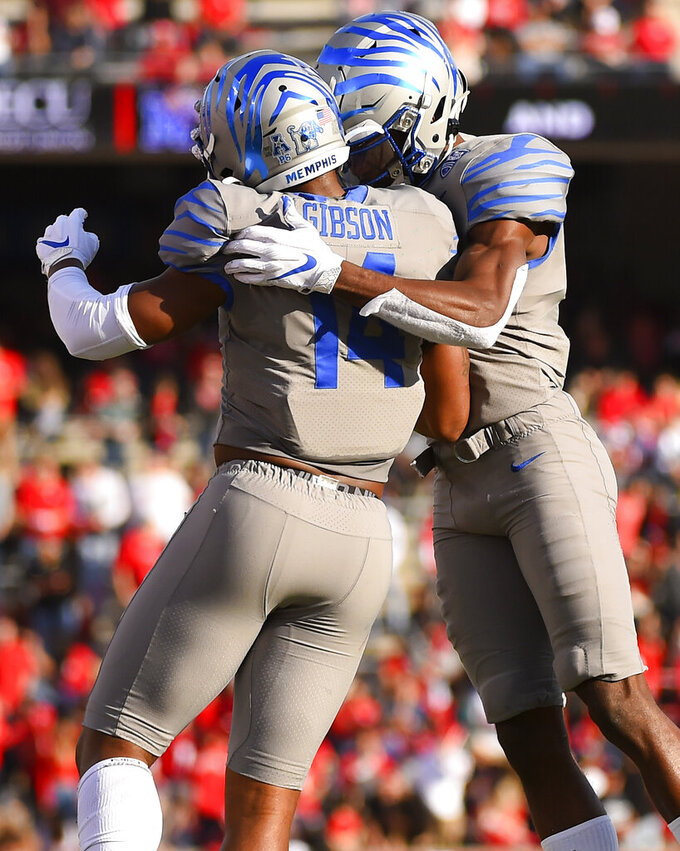 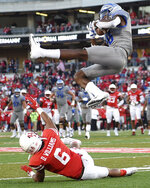 HOUSTON (AP) — Down early against Houston, there was no panic on the Memphis sideline.

The Tigers remained poised because they knew they would respond.

Brady White threw for 341 yards and five touchdowns and ran for another score and No. 18 Memphis overcame a 10-point first-quarter deficit to beat Houston 45-27 on Saturday.

“It’s the first quarter, so there’s a lot of football left to be played,” White said. “There was not one person who was down or frustrated. We knew what had to be done. We just came out the next series and responded. As long as we own the football and we execute the way we know how to, we know that we can’t be stopped.”

“Brady is one the best quarterbacks in the country,” Memphis coach Mike coach Mike Norvell said. “I believed in Brady throughout his time here in Memphis, and it’s great to see him play with the confidence and playing within himself.”

“I thought our guys did a great job with how we responded,” Norvell said. “It didn’t start off the way we necessarily wanted to. We missed some tackles. We gave up a couple big plays. I thought the guys settled down. Really, all three phases showed up and made some plays throughout.”

“We jumped out on them and felt good about the things we were running and executed really well,” Tune said. “We just attacked the things that we saw that they did on defense. I just wish we could have sustained it for longer.”

Tune also had a 68-yard touchdown run, and Marquez Stevenson caught five passes for 89 yards and a touchdown.

“I think we ran out of gas with four minutes to go in the second quarter,” Houston coach Dana Holgorsen said.

Memphis: The defense allowed 143 yards in the first quarter and 113 yards over the final three quarters. The Tigers finished with nine tackles for loss and three sacks. Memphis was 9 of 13 on third downs.

Houston: The Cougars continue to start off strong but had issues keeping it going again. Houston got into the red zone and settled for field goals twice. The Cougars were 3 of 10 on third downs.

“Then we moved it again all the way down, and I’m like ‘Uh oh’,” Holgorsen said of settling for field goals. “There’s eight points we left out there.”

The Tigers should maintain their position in the poll following the win over Houston.

American Athletic Conference Commissioner Mike Aresco spoke prior to the game on a number of topics, including the College Football Playoff rankings. Aresco was not pleased with the rankings, particularly SMU being left out of the latest rankings and the two-loss and three-loss teams being ahead of the American one-loss teams.

“In the past, they have always said ‘OK, we put these two and three and four-loss teams ahead of you’ … and they do it on the basis of ‘Oh, it’s the strength of your conference compared to so-called P5 conferences,’” Aresco said. “I think that’s bogus because this year we’re as strong as the ACC. We’re as strong as the Pac-12.”

Memphis: At South Florida on Saturday.

Houston: At Tulsa on Saturday.