Wilcox stayed at Cal with hopes of making Bears a contender 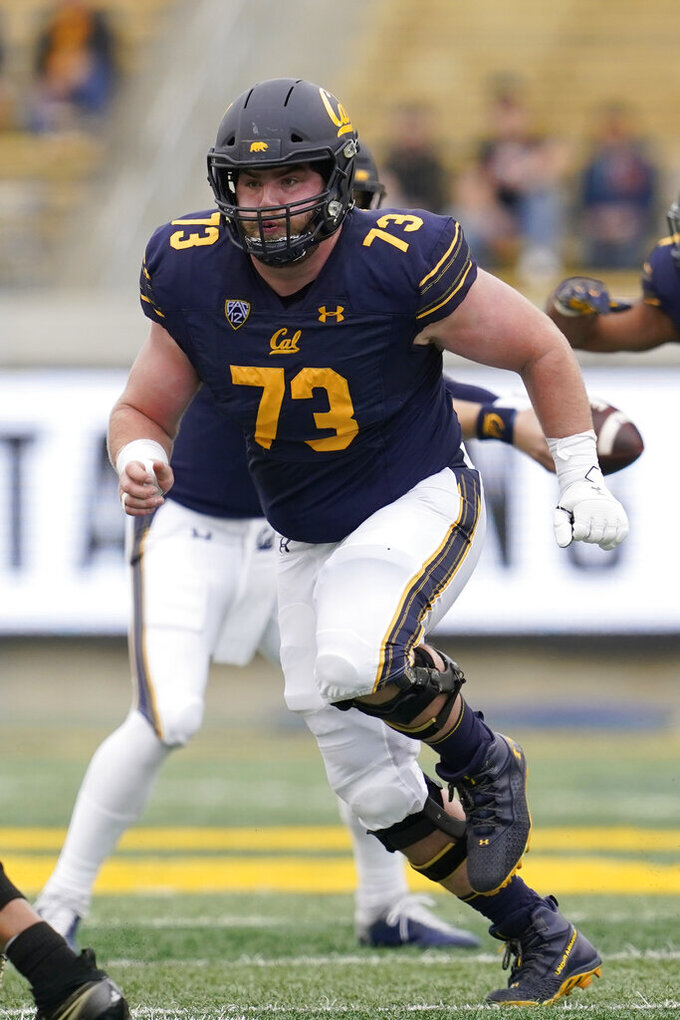 BERKELEY, Calif. (AP) — After five mostly mediocre seasons at California, coach Justin Wilcox could have been forgiven if he had decided to go after the head coaching job at his alma mater Oregon.

But instead of trying to escape to a school with more resources and a much better recent history, Wilcox chose to stay at Cal where he still believes he can turn the Golden Bears into a Pac-12 contender.

“The goal is to win the Pac-12 championship,” he said. “That’s been our goal. We work every day toward that. We know that’s a lofty goal. With the guys on the team, the people in our building, that’s what the goal is, where it’s been set. We have conviction that if we take care of the things we can control, we give ourselves an opportunity to attain it.”

The Bears haven't come close since the heyday of Jeff Tedford about 15 years ago. Cal has a 26-28 record in five seasons under Wilcox, including a 15-25 mark in the conference as he has done a much better job rebuilding the defense than he has developing a top-flight offense.

Cal ranks last in the conference in scoring and sixth worst in the Power 5 at 23.2 points per game since the school replaced the offensive-minded Sonny Dykes with the defensive-oriented Wilcox in 2017.

Finding a way to fix that with mostly new personnel on offense will go a long way to determining whether Wilcox's goal of competing for a conference title will ever become a reality.

“We are inexperienced on offense at a number of positions, but we feel the talent is probably greater than what we’ve had,” Wilcox said. “The skill positions, we feel like we’re going to have some more guys create explosive plays. We as coaches have to put them in position to do that.”

The Bears lost almost all of their top skill position players on offense in 2022 with the biggest change coming at quarterback where Purdue transfer Jack Plummer replaces four-year starter Chase Garbers.

Plummer threw for 3,405 yards in 17 games for the Boilermakers with 26 TD passes and 10 interceptions. He started the first four games last season with seven TD passes and no interceptions before being replaced with a 3-1 record, leading to his transfer after the season.

“He’s probably a bit better than we thought,” Wilcox said. “A very heady guy. He’s played college football at a high level. He can throw the ball. Jack is a passer. It’s very natural for him to deliver it. We’re excited about where he’s going.”

Despite the woes on offense and local COVID restrictions that hampered the team late in the season, Cal still had a chance for a much better record in 2021. Five of the seven losses last season for the Bears came by seven points or less as Cal was in nearly every game.

Cal is excited about the return of versatile defensive lineman Brett Johnson, who missed last season after suffering a serious hip injury in a car accident. Johnson has the ability to play inside and outside on the line and should anchor the front for the Bears defense.

The Bears defense should get a boost from a transfer who's very familiar with the defensive staff. Linebacker Jackson Sirmon transferred from Washington to play for his father, Cal defensive coordinator Peter Sirmon. Jackson Sirmon had 91 tackles last season for the Huskies.

The Bears open the season with nonconference home games against UC Davis and UNLV. Then things get tough with a visit to No. 5 Notre Dame. Cal gets a break by playing Colorado instead of Utah from the old South Division. After back-to-back home games to end October against Washington and No. 11 Oregon, Cal plays three of its four November games against in-state rivals No. 14 USC, Stanford and UCLA.