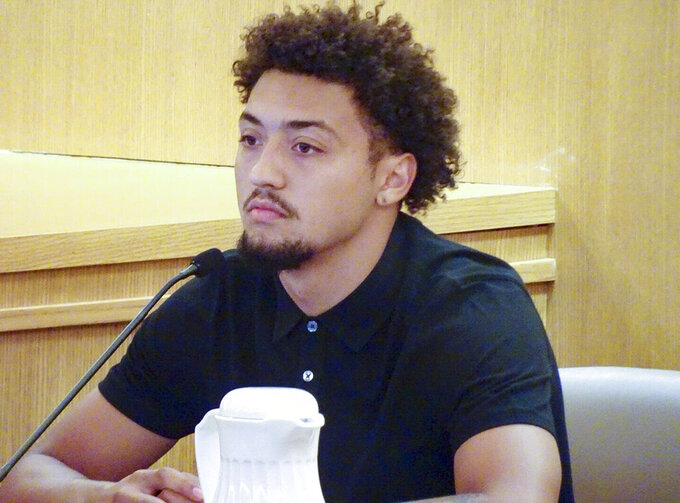 MADISON, Wis. (AP) — Wisconsin Badgers wide receiver Danny Davis says at the trial of his former teammate Quintez Cephus that one of the women who accused Cephus of raping her had flirted with him shortly after meeting him for the first time.

Cephus is charged with second- and third-degree sexual assault for alleged attacks on two 18-year-old women in 2018. Cephus has said the women wanted to have sex, but they testified they were too drunk to consent.

The Wisconsin State Journal reported Thursday that Davis testified that Cephus came out of the room naked and asked Davis to take a photo of the women, who were both asleep. Davis says he took one picture of a woman who immediately got up and demanded he erase it. He did.

The trial was to conclude Friday.