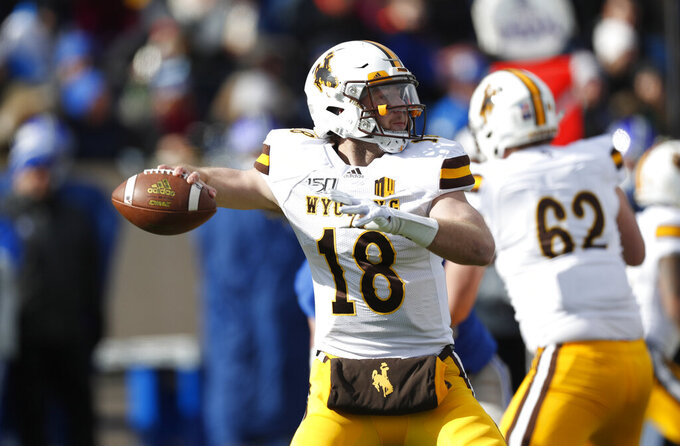 Wyoming: The Cowboys were left out of the postseason last season despite winning six games after becoming the final Mountain West Conference team to become bowl eligible. QB Sean Chambers suffered a season-ending knee injury against Nevada on Oct. 26 and sophomore Tyler Vander Waal took over as the starter, throwing for 531 yards.

Georgia State: The Panthers had one of the nation's biggest turnarounds this season, winning five more games than last season while matching a school record for victories, including over Tennessee in the season opener. Georgia State is in its sixth season as an FBS program. The Panthers were 14th in the FBS with 245.2 yards rushing per game.