Arizona agrees to extension with Fisch through 2027 season 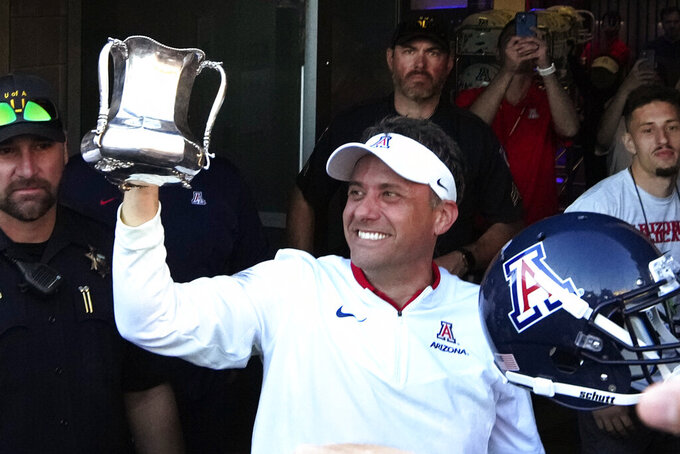 TUCSON, Ariz. (AP) — Arizona has agreed to a contract extension with football coach Jedd Fisch through the 2027 season.

The deal announced Thursday is pending approval from the Arizona Board of Regents.

A longtime NFL and college coach, the 46-year-old Fisch generated a buzz in the desert his first season, even as the Wildcats finished 1-11. Fisch pulled in the program's highest-rated recruiting class in 2022 and the Wildcats were far more competitive on the field.

Arizona notched its first road win against a top-10 since 2015 by beating then-No. 9 UCLA and ended the season with a win over Arizona State to end a five-game losing streak in the Territorial Cup rivalry.