Boston College looks for 1st win of season against Maine 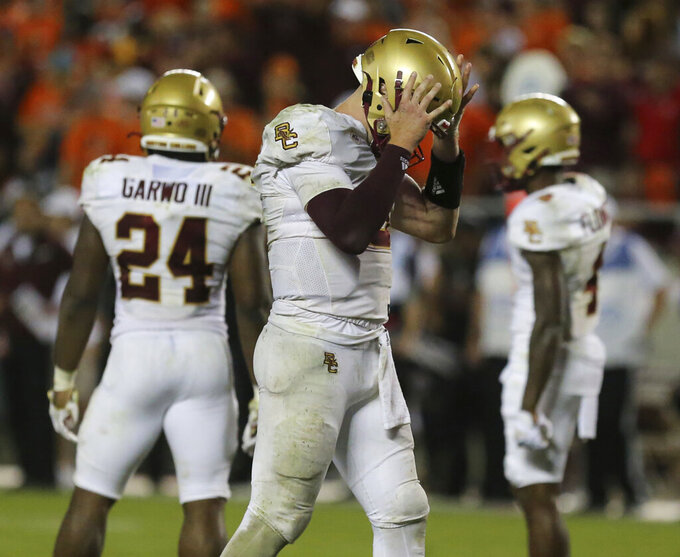 Boston College has started 0-2 for just the second time since 1994. A loss to FCS team Maine would be another level of disappointment, though. The Black Bears are looking for their first win over BC since 1915.

Boston College QB Phil Jurkovec has four touchdowns and three interceptions through two games. He’ll have to avoid a resurgent Maine pass rush that has recorded six sacks through two games -- half of its 2021 total. Maine is sixth in the FCS in pass defense, allowing 116.0 yards per game.

Boston College: WR Zay Flowers caught four passes for 79 yards against Virginia Tech last week. He needs one touchdown reception to move into a tie for second on the BC career list with 20. He is sixth in school history with 2,175 receiving yards.

Maine: QB Joe Fagnano has thrown only one interception in his last 137 attempts and averages 171 passing yards per game.