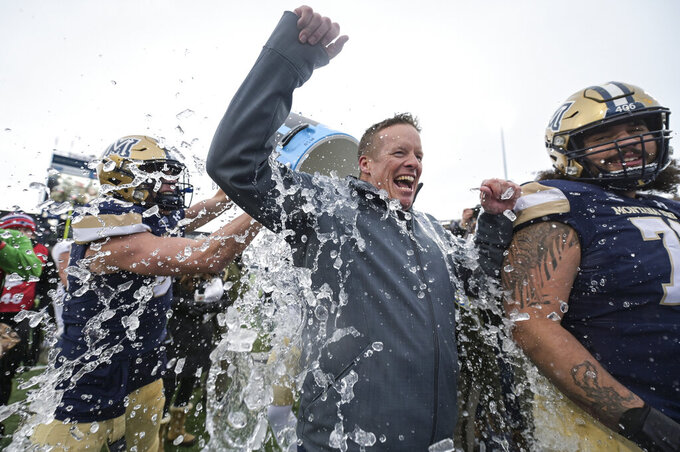 FRISCO, Texas (AP) — In advance of Montana State and North Dakota State arriving in Texas this week for the FCS championship game, a contingency plan has been put into place if the COVID-19 pandemic impacts one or both teams.

Both teams are scheduled to arrive Wednesday, three days before the Football Championship Subdivision title game is set to be played in Frisco, Texas.

The contingency plan, approved Monday by the NCAA Division I Football Oversight Committee, set the minimum participation numbers for each team at 53 eligible players, including seven offensive linemen, four defensive lineman, one quarterback and two countable coaches. A school could still choose to play if falling below the minimums.

If one or both teams fall below the minimum numbers for eligible players before arriving in Texas, the Division I Football Committee would look to move the FCS title game back six days to Jan. 14.

The upper-division College Football Playoff has similar contingency plans after making it through the semifinal games on New Year's Eve without any COVID-19 issues. The championship game between No. 1 Alabama and No. 3 Georgia, to be played next Monday in Indianapolis, could be pushed back as many as four days.

If Alabama or Georgia cannot play in the title game, the available team would be declared the national champion. If neither team has enough available players by Jan. 14, the championship would be considered vacated. Each school is responsible for determining whether it has a sufficient number of available players.

Spiking COVID-19 cases across the country due to the omicron variant led to five bowl games being canceled and replacement teams needed to play other bowls. And in college basketball, more than 570 men's and women's games have been canceled or postponed because of COVID-19 since the beginning of the season.