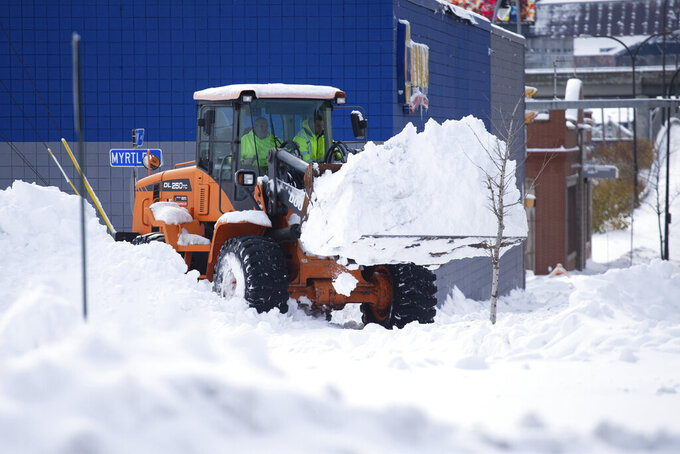 AMHERST, N.Y. (AP) — The University at Buffalo’s football game against Akron has been postponed due to a lake-effect snowstorm hitting the western New York region, the Mid-American Conference announced Friday.

Officials are considering shifting the game from Saturday to Sunday pending travel conditions. The National Weather Service has a lake-effect storm warning that’s now extended through Sunday afternoon, with a projection of two to four feet of snow expected to be dumped on the region.

Buffalo also announced the storm has led to the cancellation of the women’s basketball home game against Princeton on Saturday. The Tigers (3-1) opened the season 24th before falling out of the rankings this week.