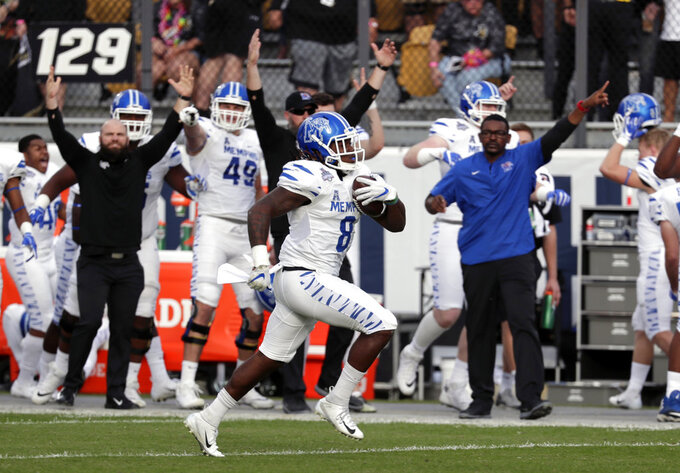 FILE - In this Dec. 1, 2018, file photo, Memphis running back Darrell Henderson runs for a touchdown against Central Florida during the first half of the American Athletic Conference championship game, in Orlando, Fla. Henderson was named to the 2018 AP All-America NCAA college football team, Monday, Dec. 10, 2018. (AP Photo/John Raoux, File)

Henderson shared his decision Wednesday on Twitter, saying he will be forever grateful for Memphis giving him his opportunity to chase his NFL dream. It is unclear if Henderson will play in Memphis' upcoming bowl game.

The native of Batesville, Mississippi, led the Football Bowl Subdivision with 25 total touchdowns. He is second nationally with 1,909 yards rushing and averages 8.9 yards per carry on 214 rushes. Henderson leads the nation with 2,328 all-purpose yards and 22 rushing TDs.