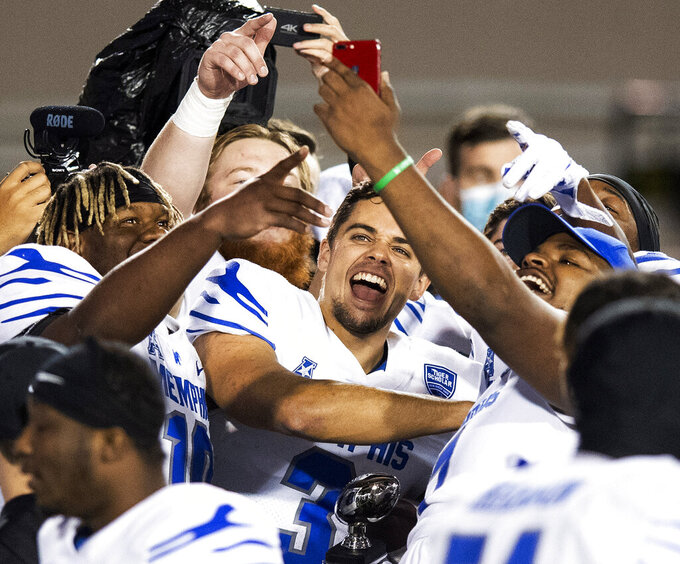 Memphis quarterback Brady White has won the William V. Campbell Trophy given to the top scholar-athlete in college football.

White was one of 12 finalists for the Campbell Trophy selected by the National Football Foundation. As the winner, White receives a $25,000 postgraduate scholarship.

The sixth-year senior is working on a doctorate in liberal studies. He came to Memphis as a graduate transfer after earning a business degree in three years at Arizona State and then earned a master's in sports administration in one year at Memphis.

White passed for 3,380 yards this season and 31 touchdowns.