No. 11 Auburn aims to rebound against Ole Miss 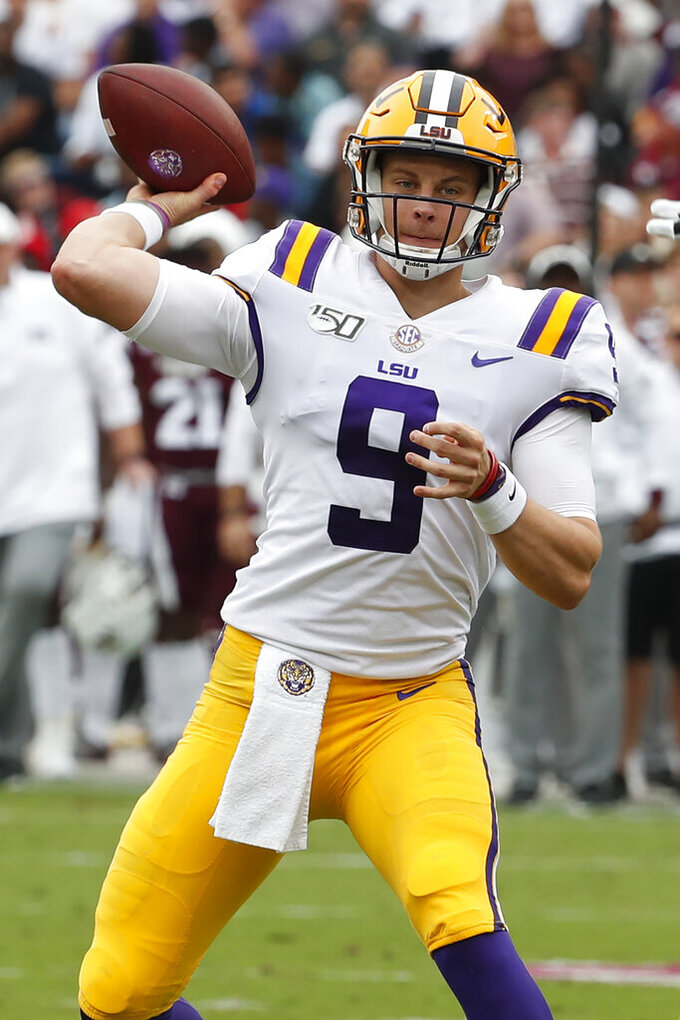 LSU quarterback Joe Burrow (9) passes for a first down against Mississippi State during the first half of their NCAA college football game in Starkville, Miss., Saturday, Oct. 19, 2019. In addition to LSU winning 36-13, Burrow threw four touchdowns to break the LSU season record with 29. (AP Photo/Rogelio V. Solis) 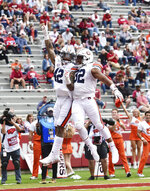 Auburn hopes to rebound strongly from a 23-20 loss to No. 1 LSU that all but took Gus Malzahn's team out of SEC and playoff contention. An upset would push Ole Miss closer to bowl eligibility.

Auburn: QB Bo Nix has been up and down, but has been strongest at home. With backup Joey Gatewood leaving the team and planning to transfer, there is no real Plan B for the offense.

Both teams start freshman quarterbacks. ... Plumlee needs just 36 yards to break the school's single-season rushing record for a quarterback. ... Auburn and Texas are the only teams to have already faced three bowl-eligible teams. The Tigers are the only team in this week's Top 25 to have faced three opponents that are also currently ranked. ... The Ole Miss offense has gotten 84.5 percent of its yards from freshmen, most of any team nationally. Six freshmen have started games. ... Auburn's Davidson is second in the SEC with 5.5 sacks and 9.0 tackles for loss. Rebels nose tackle Benito Jones is tied for fourth with 8.0 TFLs.