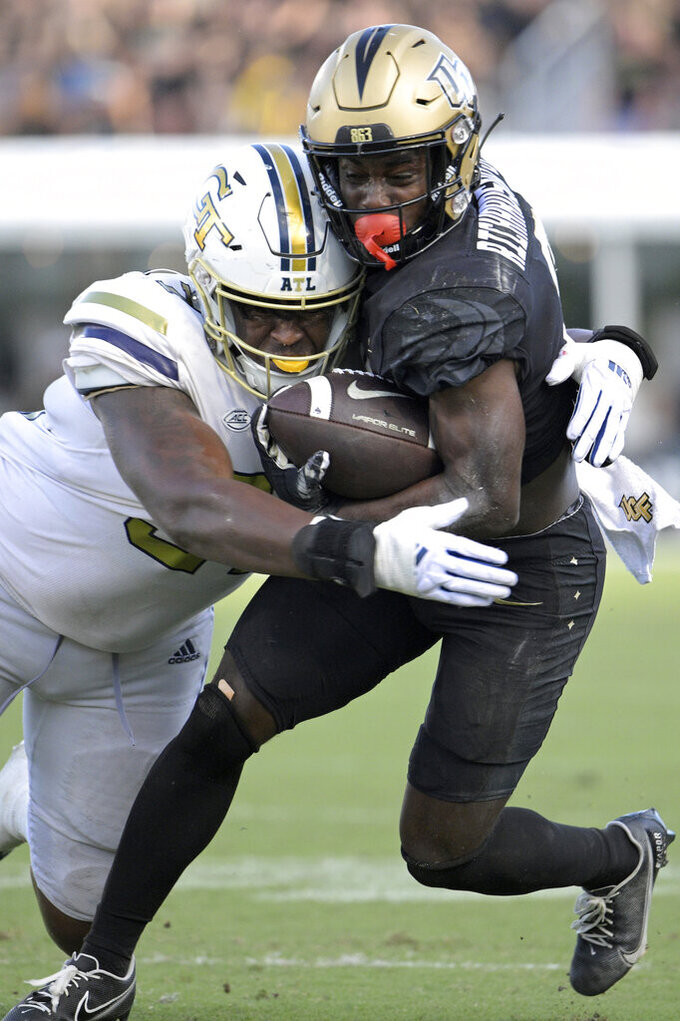 Line: Pitt by 21 1/2, according to FanDuel Sportsbook

The Panthers begin defense of their 2021 ACC title against a Yellow Jackets program that is reeling following the dismissal of head coach Geoff Collins on Monday. Brent Key, an assistant head coach under Collins, will serve as the interim head coach for the remainder of the season. Pitt's schedule is set up nicely for a chance to earn another spot in the ACC title game, but the Panthers can't afford to stub their toe against a team that's been outscored by 90 points in three games against FBS opponents.

Pitt's offensive line vs. Georgia Tech's front seven. The Yellow Jackets are allowing 209.5 yards rushing per game and now face a group that appears to be gelling despite injuries that have Pitt coach Pat Narduzzi to shuffle the lineup a bit.

Georgia Tech: LB Ayinde Eley. While the Yellow Jackets have struggled as a whole, Eley has not. The sixth-year player is the first NCAA Division I FBS player since at least 2000 with as many as 42 tackles, six tackles for loss, two sacks, two forced fumbles and two fumble recoveries through the first four games of a season.

Pitt: RB Israel Abanikanda. The junior has emerged from a crowded backfield picture to take control of the position and take some of the pressure off USC-transfer QB Kedon Slovis. Abanikanda leads the ACC in rushing (119.5 yards per game) and is second in the nation in all-purpose yards (180.2).

Pitt is the third Top 25 team that Georgia Tech has faced this season. They lost 41-10 to No. 5 Clemson and 42-0 to No. 14 Ole Miss. ... Georgia Tech has five interceptions through four games, two more than the Yellow Jackets managed all of last season. ... Narduzzi can move into third alone on the school's all-time wins list with a victory. Narduzzi is 56-38 with the Panthers, tied with John Michelosen, who coached the Panthers from 1956-65. ... The Panthers have won each of the last four meetings dating to 2018, including a 52-21 romp last season.