No. 25 UCF and Memphis square off in AAC matchup 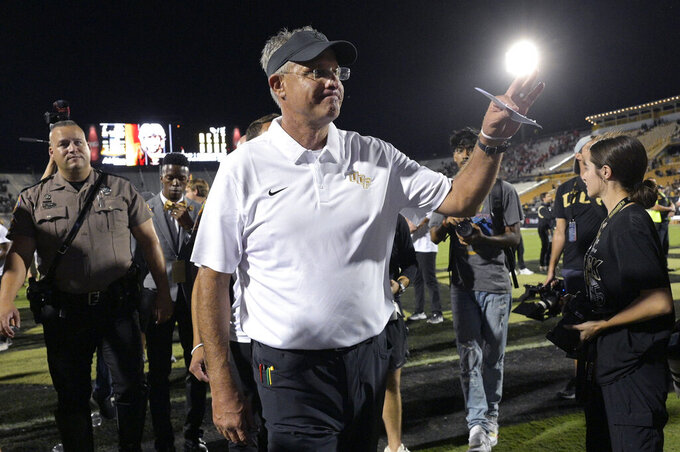 Line: UCF by 3 1/2, according to FanDuel Sportsbook.

UCF may have moved into the AP Top 25, but the Knights have yet to win a game on the road in the American Athletic Conference this season. They also have not won in Memphis since 2018. UCF coach Gus Malzahn is 3-0 against Memphis, which starts a three-game home stand needing to snap a three-game skid. Two of the Tigers' losses came by a combined three points, one in overtime on the road.

UCF: RB Isaiah Bowser leads the league and ranks ninth nationally with 11 rushing touchdowns for a run game that is eighth in the country at 244.4 yards per game. He has at least one TD in eight of his last nine games and has 13 total TDs in that span.

Memphis: QB Seth Henigan. The only game he's missed in his career because of injury was a 24-7 loss to UCF in Orlando last season. He ranks second in the league and 18th nationally with 2,224 yards passing. Henigan has thrown 15 touchdowns and only five interceptions.