No. 8 Iowa women cancel games because of COVID-19 outbreak 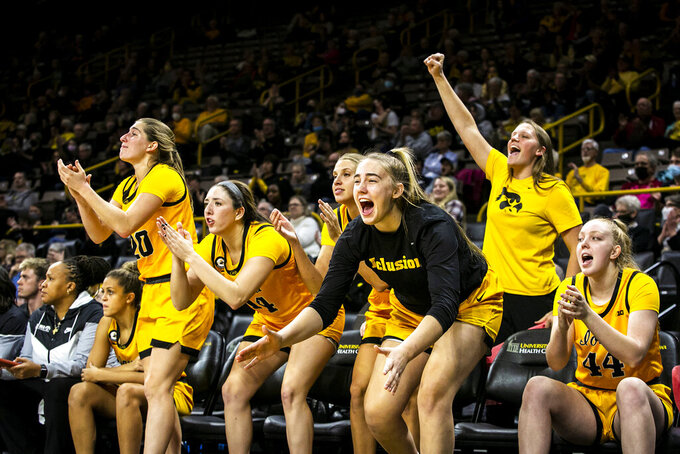 IOWA CITY, Iowa (AP) — The No. 8 Iowa women's basketball team canceled a game against Drake on Sunday and won't travel to the Cancun Challenge tournament because of positive COVID-19 tests in the program, the school announced Friday night.

The school's news release didn't specify whether the tests were athletes, staff or both, and also didn't specify how many people had tested positive. A spokesperson didn't immediately return a request for details.

“We’re obviously disappointed but understand this is the right decision,” Iowa coach Lisa Bluder said in the news release. “Our team and staff have followed best practices. But unfortunately, a number of individuals experienced symptoms and tested positive.”

It appears to be the first COVID-19 cancellation in college basketball this season. The Nov. 13 Southern California-California football game was postponed because of an outbreak for the Bears, and Drake football canceled a game in late October.