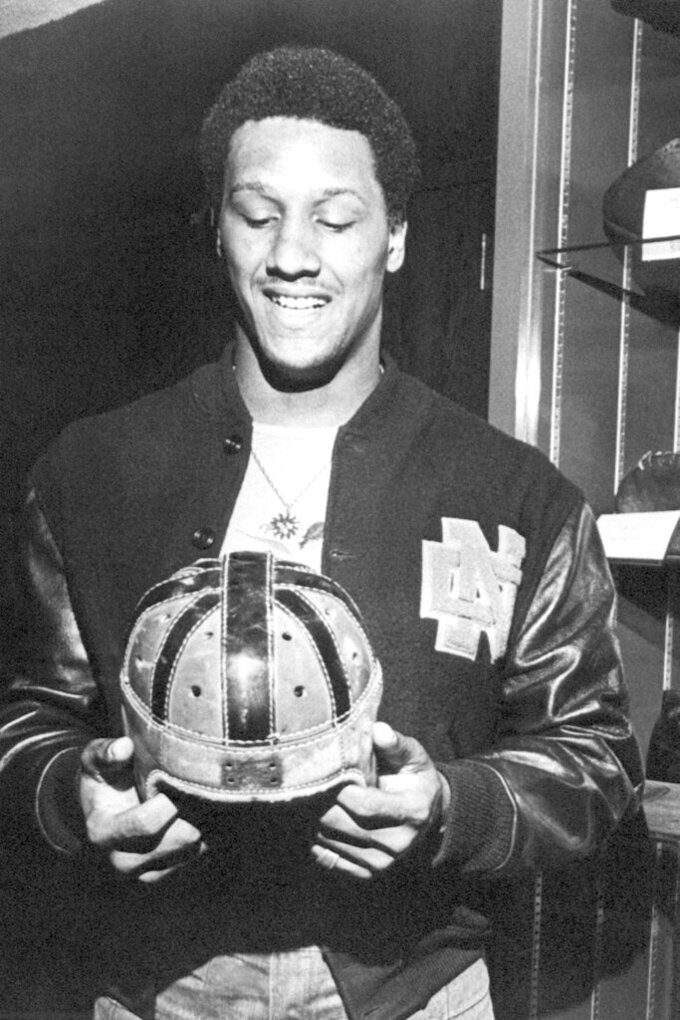 FILE - University of Notre Dame's Ross Browner smiles after being named Associated Press Lineman of the Week, at South Bend, Ind., Wednesday, Oct. 27, 1976. The Notre Dame junior defensive end had 11 tackles including five for losses against South Carolina on Saturday, Oct. 23. Browner, a two-time All-American at Notre Dame and one of four brothers who played in the NFL, has died. He was 67. Browner's son, former NFL offensive lineman Max Starks, posted on Twitter early Wednesday morning, Jan. 5, 2022, that his father had died. Browner is holding a pre-World War II Notre Dame helmet. (AP Photo/File) 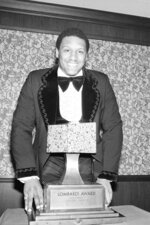 Ross Browner, a two-time All-American at Notre Dame and one of four brothers who played in the NFL, has died. He was 67.

“The world has lost a Titan,” Starks said. “Our hearts are heavy but he is at peace now.”

A native of Warren, Ohio, Browner was part of an accomplished football family. The defensive end was the oldest of six brothers who were high school football stars in Ohio. Three others — Jimmie Browner, Keith Browner and Joey Browner — followed Ross to the NFL.

Starks played offensive line in the NFL for a decade, twice winning the Super Bowl with the Pittsburgh Steelers, and Ross Browner's younger son, Rylan, played college football at Arizona.

Browner was a four-year starter at Notre Dame, helping the Fighting Irish win national titles in 1973 under coach Ara Parseghian and 1977 under Dan Devine.

Browner was an All-American in 1976 as a junior, winning the Outland Trophy as the nation's best lineman.

As a senior in 1977, Browner was again an All-American. He won the Maxwell Award as the nation's best player, the Lombardi, which goes to the country's best lineman, and finished fifth in the Heisman Trophy voting.

The Cincinnati Bengals selected Browner eighth overall in the 1978 NFL draft, and he immediately became a starter on the their defensive line.

“You could hear it all over the place. He brought sunshine into the locker room. He just had that energy that was contagious,” Curtis said.

Browner was part of the first Bengals team to reach the Super Bowl in 1981. He recorded 10 tackles and a sack against the San Francisco 49ers in a 26-21 loss.

He was inducted into the College Football Hall of Fame in 1999.

Browner is survived by wife Shayla and two sons.